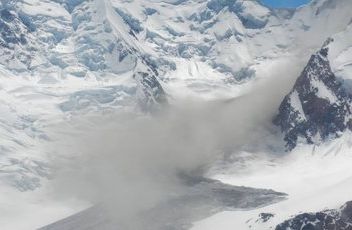 A giant rockslide at Aoraki/Mt Cook this afternoon missed a popular trampers’ hut by just 200 metres. 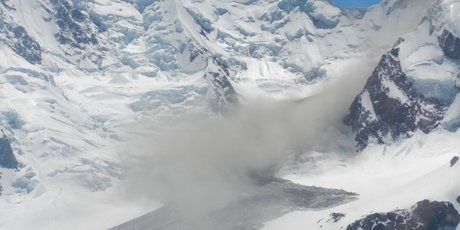 Chris Braugh from the Helicopter Line spotted the debris during a sightseeing trip and said it was the biggest he had seen.

“It would have been a pretty big roar.”

The rocks fell about 900 metres about 2.45pm, sending clouds of snow high into the air. They came to rest above the Plateau hut, on the eastern side of Mt Cook, by the Hochstetter glacier.

A Department of Conservation worker at Aoraki/Mt Cook said 17 people were sleeping in the hut near the rockfall overnight and it was a “miracle” no one was injured.