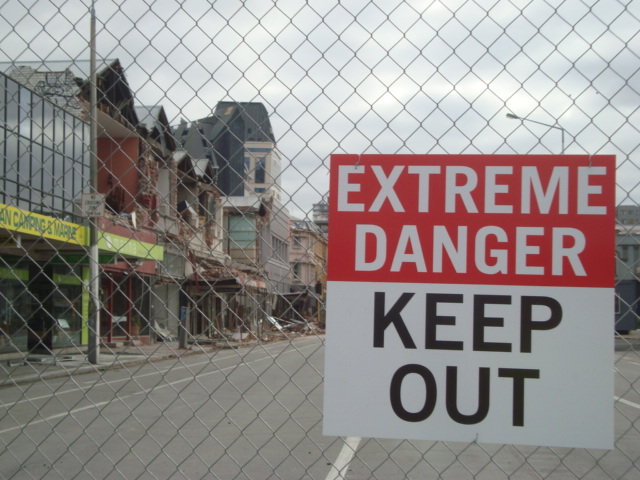 Many hillside homes in Christchurch will have to be abandoned because of a risk of rockfalls causing more damage or deaths, a geologist advising Civil Defence has claimed.

Mark Yetton told a meeting of Sumner residents on Sunday there would have to be a “retreat” from dangerous hillside areas, Radio New Zealand reported.

The risk of earthquakes triggering rockfalls in was too high for many homes to be resettled in areas such as the Port Hills, he said.

“It is inevitable there will be at least some retreat from the worst, most dangerous, settings in the hill areas.”

A damaging 5.3 magnitude aftershock on Saturday was a reminder of the danger of returning to hillside properties in Christchurch, Mr Yetton said.

The quake set off rockfalls that brought boulders down on some abandoned homes, he said.

“I think it was quite timely in a sense.

“It’s important to remember why we have had to be conservative giving red placards to houses and keeping people out of dangerous places.”

A directive from GNS Science orders geologists not to allow people to return to red placarded homes unless there is less than a 1 in 2500 chance of them being injured or killed by rockfalls.

He reassured residents Civil Defence was doing all it could to make their homes safe from future rockfalls.

Hundreds of houses have been evacuated throughout Christchurch because of danger of rockfalls or liquefaction making land unstable.

Geotechnical engineers are still mapping dangerous boulders in some affected areas and scoping work to remove or secure unstable rocks.

Work is being prioritised in those areas where critical transport routes are at risk, or where slopes or bluffs are a life safety risk for a large number of houses.

Civil Defence has advised residents they are unlikely to be able to return to their houses for at least a month.