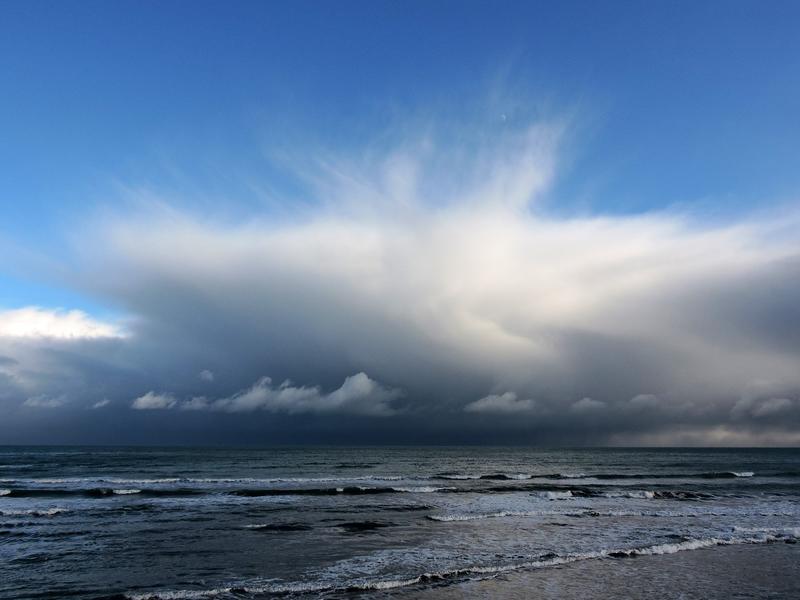 We have a strong northwesterly airflow still sitting over the country through Friday, while a front moves north over the South Island during the day.

The front reaches the lower part of the island by morning, before affecting the upper South Island in the afternoon, and moving onto the lower North Island late in the evening and overnight.

Ahead of this front, we have strong northwesterly winds, which could gust to gale strength about inland North Canterbury, Marlborough and the Cook Strait area – before this front moves through.

The West Coast can again expect heavy rain, though it should ease as winds change from northwest to southwest.

In the afternoon and into evening, there could be a spell of heavy showers moving through Southland and coastal Otago, too.
There’s a chance of thunderstorms associated with these, as well as the risk of hail.
Southland will be more afternoon, then coastal Otago later in the afternoon or early evening.