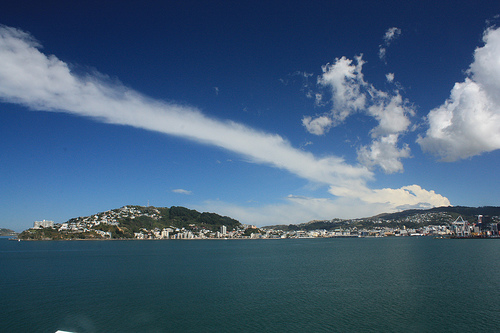 February was dominated by anticyclones which hung around New Zealand and added to the Big Dry which had got underway during previous months.

These highs kept rain-bearing weather systems away, resulting in an extremely dry and sunny month for most of the nation.

Rainfall totalled less than 15 mm in parts of Northland, Auckland, and the Bay of Plenty. It was the driest February on record for Leigh (north Auckland), and Milford Sound. Leigh had its driest month (of any month) in records which began in 1966.

The dryness was widespread. Rainfall was less than 25 percent of normal around Taupo, in parts of Gisborne and Hawkes Bay, and along the West Coast of the South Island.
Less than half of normal February rainfall was generally observed across the remainder of the country. The exceptions were between Wanganui and Wellington and about Central Otago.

Rainfall
Record low rainfall for parts of Northland, Auckland, and the Bay of Plenty. Widespread dryness – with under a quarter of normal February rainfall observed around Taupo, inparts of Gisborne, Hawkes Bay, and on the West Coast South Island; and under a half of February normal rainfall experienced in most other regions.

Soil moisture
Extreme deficit (more than 130 mm of deficit) evident in Northland, Auckland, Waikato,the Bay of Plenty region (including Taupo), Gisborne, Hawkes Bay, Wairarapa, betweenWanganui and Palmerston North, parts of Marlborough, Canterbury, and Central Otago.
Significant deficit (more than 110 mm of deficit) generally observed elsewhere in the North Island, as well as in the Waimea Plains, and across eastern Otago. A drought was declared in Northland on the 27th of February.

Homepage image of Wellington, where sunshine records were broken in February with 281 hours for the month