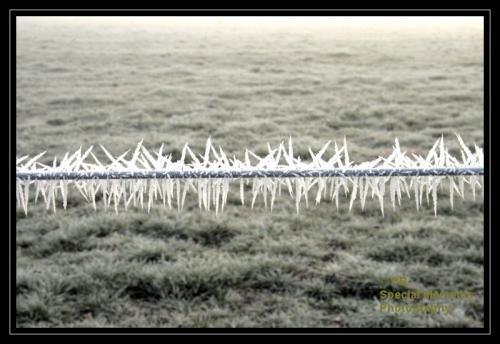 A large high is going to continue to spread eastwards tonight and while that means higher temperatures for most tomorrow it will also mean much colder conditions tonight.

Frosts are predicted anywhere from the Auckland region right down to Southland as skies clear and winds die out.

WeatherWatch.co.nz says this may be the frostiest night of the year so far.

Frosts aren’t predicted to be severe for most places however inland Canterbury and Central Otago will be well into the negatives, possible dropping below zero this evening, just a few hours after sunset.

Black ice may still be a possibility in North Island areas following snow, sleet and hail across central and eastern areas.

WeatherWatch.co.nz says the forecast for the first day of Fieldays at Mystery Creek in Waikato looks frosty then sunny with light winds.

Yeah, wrap up warm alright for the footy tonight! And i don’t mind waking to an All White garden tomorrow following todays rainfall in Christchurch;)