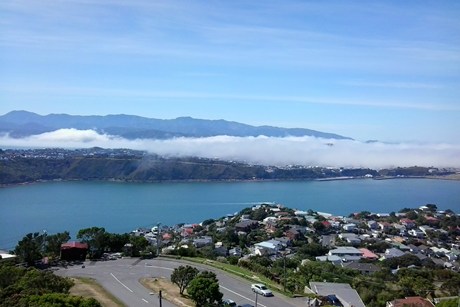 It’s been a dry few weeks for much of the country however a part of today, tomorrow and possibly Tuesday sees a change in conditions.

A frontal system is set to advance over the country during tonight and tomorrow and the days of endless sunshine or seemingly endless dry conditions are about to transform for a short time.

Western areas are likely to be the recipient of the rain over the South Island today although this may take time before it settles in. Nelson, Southland and parts of Otago could also see some liquid sunshine which will bring a smile to some farmers however crop farmers may not be entirely happy if it’s too heavy.

Eastern areas could see a smattering tonight over the Mainland or at some point tomorrow but it’s not looking like a decent amount which is badly needed over parched plains.

Temperatures are likely to be a little cooler over western and southern parts of the South Island and when the southerly turns up on the eastern side tomorrow the mercury will certainly cool off for a brief spell.

The North Island is more settled than the south today with the Far north likely to see moisture this morning but other regions are dry with plenty of sunshine expected along with a few clouds rolling through.

Wellington’s weather for the Sevens tournament was basically perfect and fans caught in the sunshine soon realised how harsh the rays can be.
The Capital should see another decent day today before a change tomorrow.