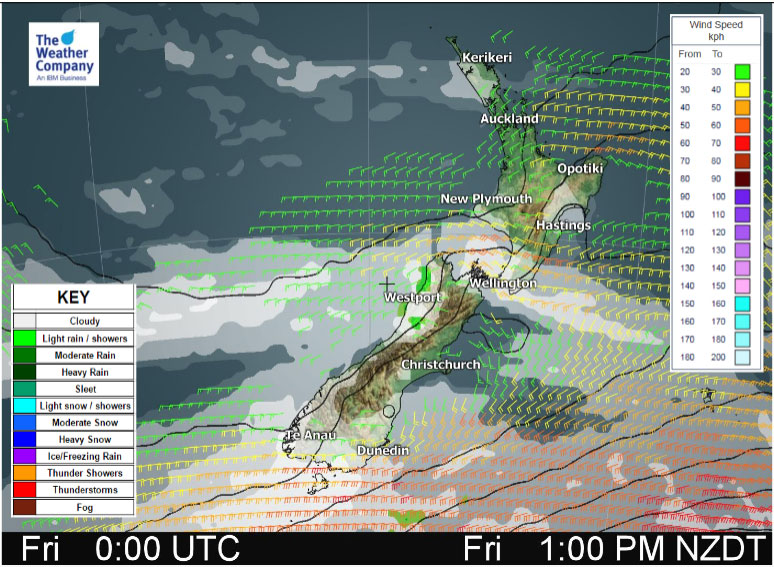 A gusty westerly airflow lies over New Zealand today, a weakening front pushes northwards over the South Island during the day.

Western North Island (including Central North Island)
A mix of sun and cloud with west to northwesterly winds, gusty about some coastal areas.
Highs: 22-24

Canterbury
Morning cloud then mostly sunny, winds change southerly in the morning then tend to the east in the afternoon.
Highs: 23-26

Southland & Otago
Morning showers for Southland then afternoon sunny spells. Any early showers clear Otago then mostly sunny. Westerly winds, strong to gale about some coastal areas then easing in the evening.
Highs: 16-24