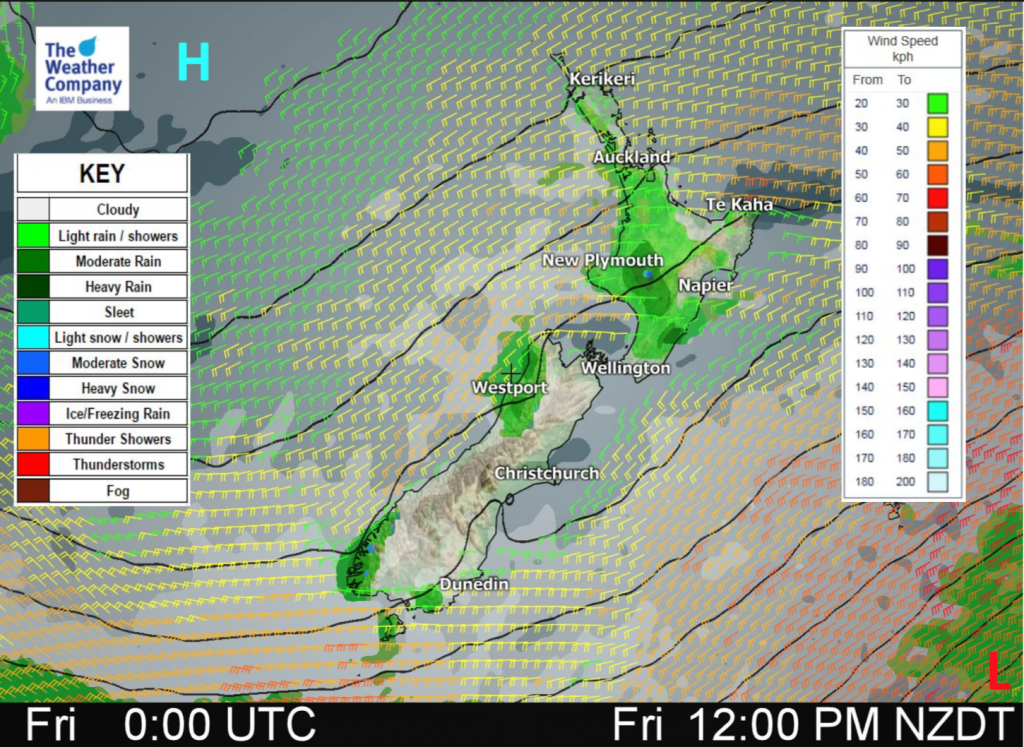 Eastern North Island
Showers develop about Wairarapa in the morning then spread into Hawkes Bay and Gisborne in the afternoon with a southwest change. Some sun before showers move in, showers clear in the evening.
Highs: 16-18

Wellington
Morning cloud, risk of a shower then sunny spells develop in the afternoon. Light southerlies for a time.
High: 15

West Coast
Mostly cloudy with the odd shower, showers more likely north of about Hokitika and about Fiordland. Parts of South Westland may have long dry spells. Southwesterly winds.
Highs: 12-14

Southland & Otago
A few morning showers about Southland (less likely about Otago but still the chance of a shower in the morning) then afternoon sunny spells break through. Westerly winds, gusty about coastal areas.
Highs: 12-16