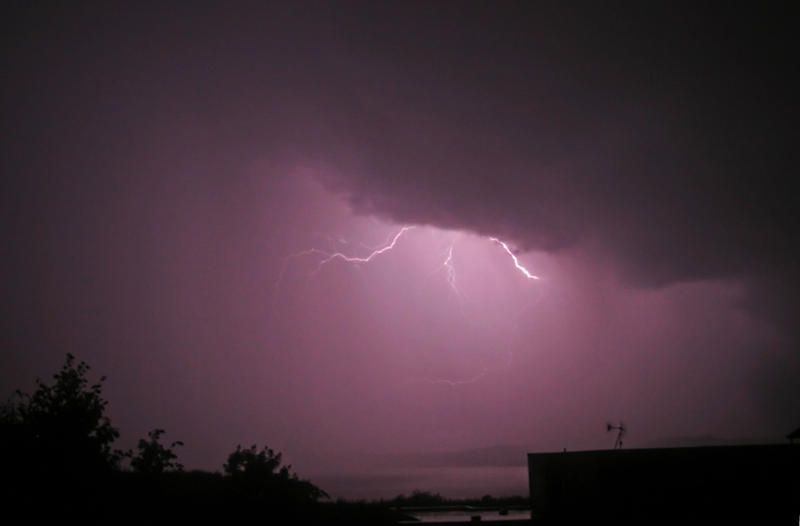 UPDATED 7:10pm — As exclusively predicted a week ago WeatherWatch.co.nz is predicting more thunderstorms this week as warm, humid, air spreads over the country.

The risk for thunderstorms continues this evening across the North Island with highest risk areas currently Northland, Waikato, Central Plateau and northern parts of Manawatu and Wairarapa.

Towering clouds are also threatening north and west Auckland this evening – and while heavy rain and thunder is likely in the north west the worst does appear to be out at sea.

WeatherWatch.co.nz says while heavy afternoon showers may pop up across the North Island on Tuesday, the thunder activity looks more likely to pop up in the South island according to MetService.

The government forecaster says there is a moderate risk of thunderstorms occurring along the West Coast and Central Otago and Dunedin with a low risk for Southland and other parts of Otago.

WeatherWatch.co.nz predicts that by Wednesday the focus shifts back to the North Island as a low crosses the area and warm humid air meets cooler air from the south west.

WeatherWatch.co.nz says some northern and eastern areas look likely to be at risk in the North Island on Thursday for thunder with confidence lifting today from low to moderate as data becomes more reliable.

WeatherWatch.co.nz will keep you posted on developments – and if you see towering clouds or hear thunder/see lightning please tell us about it by posting a comment below!