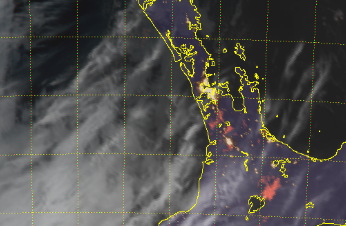 Stubborn fog is lingering or has returned this evening in parts of Waikato, generally from the Taupo/Rotorua area through to Hamilton and the Bombays. While the fog isn’t widespread the areas of fog are in more populated places or busier highways and is quite thick – causing travel issues.

WeatherWatch.co.nz says motorists across Waikato and those entering the region from elsewhere should be prepared for sudden thick fog patches this evening, especially early evening. Extra care should be taken at intersections which can be much harder to spot in flat parts of Waikato during foggy conditions.

Areas in peach colour indicate foggy areas as of 7pm. There may be other patches that form this evening, but much should clear across Waikato tonight/before dawn. Image / JMA

The fog has also affected flights at Hamilton airport with all flights cancelled to and from the airport this evening. 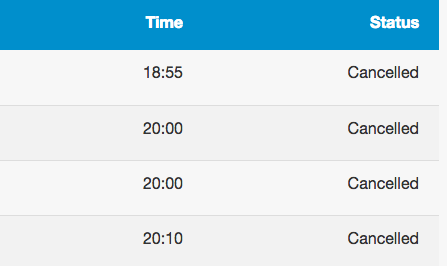 The wind remains just offshore and these northerlies are still expected to move in this evening and clear that fog away tonight, or overnight.

As you can see in this image below the strong fog-clearing northerlies remain out in the Tasman Sea, but these winds are creeping eastwards over the North Island to make for a windier Saturday. 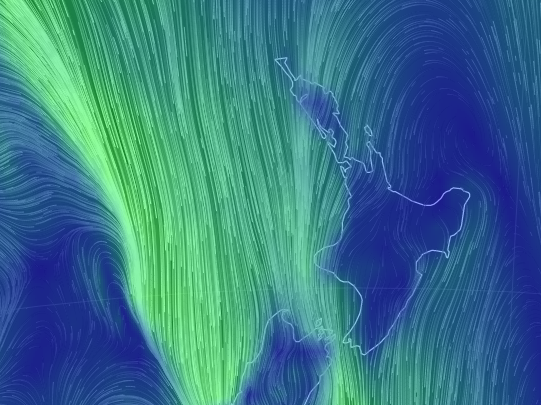 Northerlies are coming – there is some breeze in parts of the Waikato this evening which is why not all areas have fog. This sub-tropical northerly airflow will strengthen tonight clearing fog for most either this evening, or before dawn Saturday. It’s possible/likely that calmer areas further east may still remain foggy for a time on Saturday morning. Image – / Earth.nullschool.net