Flights & ferry services resume in and out of Wellington 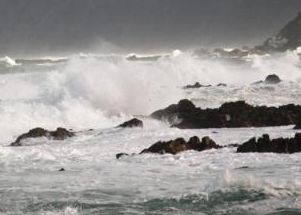 High winds also affected flights in and out of the capital yesterday, with most cancelled or delayed.

Winds gusted to 106km/h at the airport.

A spokesman from Wellington airport said most scheduled flights were running this morning.

A few domestic services had been cancelled, but these were operated by smaller planes.

Some international flights had been delayed, but both Jetstar and Air New Zealand services were operating.

The airport would continue to monitor conditions through the morning, he said

Meanwhile Interislander and Bluebridge ferry passenger sailings were cancelled because of the high swells in the strait on Sunday.

Ferry services in the Cook Strait are expected to resume this morning.

A spokeswoman from the Interislander in Wellington said the 8.15am service had been delayed, but was expected to leave at 9.15am.

The 10.30am ferry from Picton was expected to leave on time.

Passengers who were supposed to leave on yesterday’s cancelled ferries had been transferred to today’s services, she said.

“The ships are full.”

Swells were expected to reach between 4.5m and 5m.

“It’s going to be a rocky ride,” the spokeswoman said.

The vessel had been loaded with vehicles before it broke away from its mooring, but they were in no danger of falling overboard.

Tugboats would hold the vessel in a “safe place” in the harbour until the weather cleared enough for it to sail to Lyttelton or back to its berth, Mr Harris said.