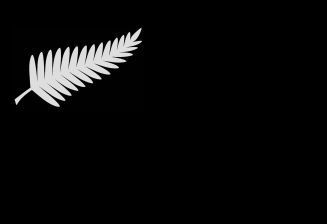 While not totally weather related (although flags need the wind to fly) a news story in today’s Weekend Herald does relate to a poll WeatherWatch.co.nz ran in October about the addition of the silver fern to the New Zealand flag.

The WeatherWatch.co.nz poll created some strong chatter after asking New Zealanders if they believed it was time to change our national flag. The question was raised during the Rugby World Cup when New Zealand flags were hard to spot with most choosing the black flag with silver fern to flap in the wind.

Clearly this was in support of the All Blacks but for such a rugby mad nation but the question was raised – it really such a big leap to suggest the black flag or silver fern could become part of our national flag?

This week the new Labour leader, David Shearer, has said he supports a new flag. (see story below)

Those who took part in the WeatherWatch.co.nz poll in late October overwhelmingly wanted change with 71% saying they don’t like the flag in its current form.

Over 500 people voted and 48% said they want the New Zealand flag changed to a black flag with silver fern in the centre.

Opponents say a black flag would look negative but supporters questioned how it could be taken as negative when black is increasingly seen as our national colour.

Others argued the flag shouldn’t change over time due to current fads – but just 29% wanted the flag to remain as it is.

The remaining 23% wanted to see the flag altered rather than completely changed.

New Labour leader David Shearer is a republican who supports a new national flag, and a social liberal on gay issues – though he is less liberal on drug and alcohol issues.

Mr Shearer, who took over the leadership on Tuesday, is a strong advocate for an independent foreign policy, and personally believes New Zealand’s flag should be changed.

“Why should we have another country’s flag in our top corner? I’d rather see a fern [which] for me is the national emblem. How we do that [depends] on how people want to do it.

“We should be moving towards a republic.”

But he added that it was not a “number one priority”.

Asked about New Zealand’s relationship with the US, he said: “I think we’ve gone back too much from where we were.

“We have a stronger voice and more respect internationally by being independent. And I don’t think the cost is that great.”

He said he had no issue with gay marriage or same-sex adoption, and acknowledged that updating adoption laws – which the Government has said is not a priority – was long overdue.

He would have to see the detail of any bill to legalise gay marriage or same-sex adoption before voting for them but supported them in principle.

But he is less liberal on cannabis.

“I don’t think people should go to prison for smoking a joint but I don’t support legalising cannabis.”

He said there was merit in the Law Commission’s recommendation for a mandatory cautioning scheme.

Under the commission’s proposal, a cannabis smoker would receive three warnings; the first two would include information on treatment, and on legal and health issues.

The third caution would require a user to attend an intervention session, and a fourth would result in prosecution. Such a scheme would not legalise cannabis, which would remain a Class C drug.

Associate Health Minister Peter Dunne has said the proposal was “highly unlikely” to be adopted.

On alcohol reform, Mr Shearer supported a split purchase age of 18 in bars and 20 in supermarkets and liquor shops.

He said there was some evidence to clamp down on alcohol advertising, but he wanted to research the issue more.

Mr Shearer said he had his political awakening in 1984, when New Zealand’s anti-nuclear position was forming under then-Prime Minister David Lange.

In 1981, during the Springbok tour that polarised the nation, he was backpacking in the UK and Africa.

“My father was a rugby referee and saw it as just a sport, while my friends had all been out demonstrating,” he said.

“I was sort of anti-tour, but became very passionately anti-tour when I came back to New Zealand.”

– Top story by WeatherWatch.co.nz, bottom story by the Weekend Herald

There is massive support for the Silver Fern on a black background. Its part of our national identity from the first world war to the Olympians to just about anyone representing NZ. Well done on that issue and moving towards our own republic. Surprised John Key hasn’t run with that, though he probably hasn’t had time!

And typical Labourite supporting gay marriage, anti tour, anti US. Maybe Labour party should just change their name to Liberal party and be done with it.

When does anyone ever go to jail for smoking a cannabis joint ? What sort of comment is that? A disguised pro cannabis comment.

I reckon most of the country is sick of Labours incessant increasing liberal attitudes.

Black flag – No!!!
Black is a non -colour – it represents the dark and menacing side if human nature – is this how NZ’ers wish the world to see them? Perhaps they already do!

Wait till the asset sales along with high prices then we’ll see people change their tunes,this could be the most unpopular policy in the last 15 years or so.

Labour would say anything right now though wouldn’t they if they think it will get them some more support.