Home > News > Fireworks to light up Auckland on RWC op...

Fireworks to light up Auckland on RWC opening night 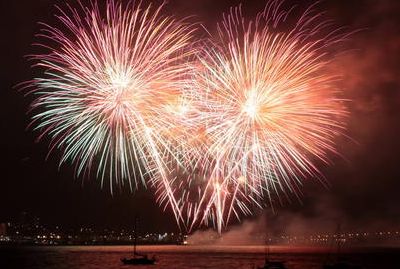 Fireworks which will light up the sky on Friday night for the opening night of Rugby World Cup 2011 are set to rival those set off to mark the new millennium.

Three and a half tonnes of fireworks will mark the beginning of the cup.

They’ll be positioned on the Sky Tower, four buildings in the CBD, the Auckland Domain, and on four barges on the Waitemata Harbour.

Van Tiel Pyrotechnics spokesman Martin Van Tiel says the fireworks have been given a Kiwi flavour.

He says there’ll be some based on pohutukawa and kowhai flowers, punga trees and kiwis shooting in the sky.

Martin Van Tiel says the display will get underway at eight on opening night.

What happened to the Kiwi there was supposed to be?

I am interested to take photograph of the fireworks display, which is the best place to take photos from…..any recommendation?

Hi Surendra,
A couple of good places (if you can find room!) would be down at the Viaduct Harbour/Wynyard quarter – or Devonport.   We’ll have more details in our Weather Video early tomorrow afternoon.|

Hi, do you know what time the fireworks will begin?

Hi Nikki – media is reporting 8pm and will be the biggest display ever in NZ!

I don’t remember them – but I do remember it was SOOO foggy sweet FA could be seen (including not being able to see Mt Eden from Mt Eden Road at 06:30 am 1/1/00)

However, the fireworks at the Auckland Anniversary Day festivities a few years ago were WAY cool, so if these are anything like that it should blow some minds!

Yeah I remember the Millenium fireworks display as a huge fizzer. I helped approve the display and there was meant to be a star shell just about 1m in diameter going off. However I never saw it due to fog. To put that in perspective most of the really big star shell explosions you see are using 12″ or 30 cm star shells!

Martin has been around for ages and knows his fireworks, I’m sure it will be awesome.