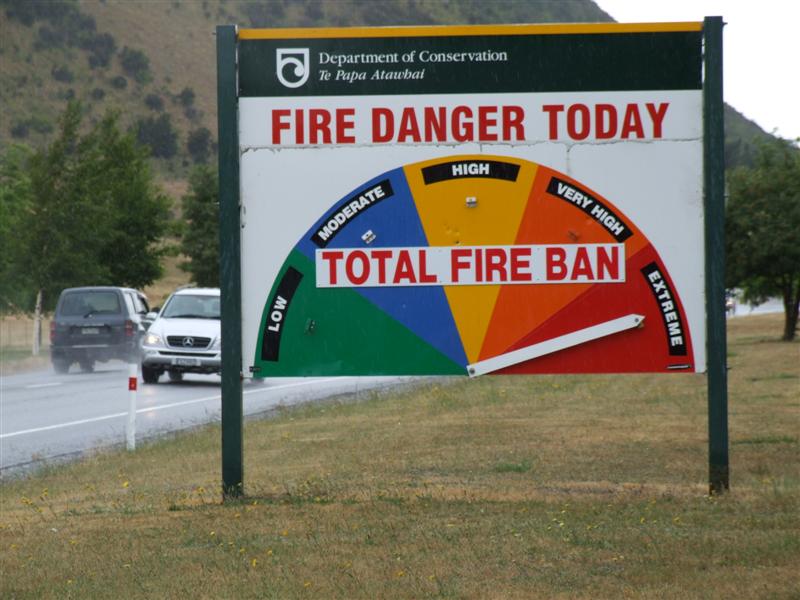 Parts of the country continue to see an extreme fire risk and cooler temperatures with moderate rainfalls would alleviate the situation but neither are in sight.

The North Island is at the greatest risk but inland areas and northern and eastern parts of the South Island are also very high and verging on extreme.

Fire bans are also still in place and with summer now behind us you’d be forgiven for thinking surely it must be over. Not yet.

Volunteer fireman Mike Gubb said conditions in the South Waikato were the severest he had ever seen.

Mr Gubb, station officer at Tokoroa Fire Station, said an extreme fire risk and total fire ban had been in place in the district for two months.A couple of minor scrub fires could have turned nasty but Mr Gubb said residents were so aware of the heightened risk they doused the fire before the brigade could arrive.

Extreme fire danger has been declared yet again as of today across the Selwyn district as well as a complete fire ban.

Under the restrictions of the reinstated prohibited fire season, no outdoor fires can be lit in the district. Crop farmers will not be able to burn off crop stubble, with all fire permits previously issued by the council to be cancelled, effective from today

Gas barbecues are allowed if they have a high pressure water source at hand, but charcoal barbecues are off limits.
Selwyn principal rural fire officer Wilson Brown said the fire risk was extreme, forcing the council to go back to the total fire ban that was lifted to a restricted fire ban on February 16.”We moved into a restricted fire season following a brief spell of rain, but the district is once again very dry, so it’s appropriate that a prohibited fire season be declared.”
A prohibited fire season had been in effect right across Selwyn since January 26, when fires ravaged the district as an ongoing heat wave gripped Canterbury.