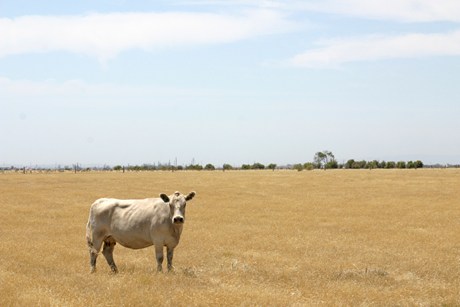 It was a hit and miss affair in regards to the rain event earlier this week and the big picture sees much more rain is needed to break the drought.

The bottom of the North Island and top of the South Island were the big beneficiaries of the trough which brought rain to a drought-ravaged country during the past few days.

Some farmers in Wairarapa and Manawatu reported receiving 100mm of rain, but some in Waikato got just 6mm and only a few patchy showers fell in Hawke’s Bay.

By last week drought had been declared throughout the North Island and a close eye was being kept on the South Island where parts of the normally well-watered West Coast were considered very dry.

Whether celebrating a good downpour in the past few days, or disappointed that too little had fallen, farmers throughout the country emphasised they needed more rain.

The Ministry for Primary Industries Nathan Guy said further follow-up rains were needed next week and beyond for grass growth and to allow soils to recharge.
In most regions a few weeks of warm weather remained to allow for pasture growth.

Most of the North Island and a big chunk of the South Island have a significant deficit – from 110-130mm.

Masterton received 63mm of rain this week bringing its soil moisture deficit down from 144mm to 81mm, taking it below the significant category.

Stratford in Taranaki was also below the significant category after 39mm of rain lowered its deficit to 95mm.

In Waikato the 33mm that fell on Ruakura it was enough to lower its deficit to 124mm, but it remained in significant deficit.