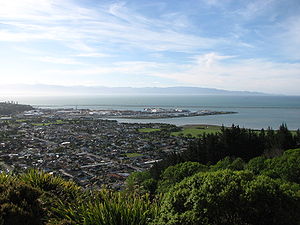 Nelson is well known for being one of the sunniest centres, if not the sunniest each year in the country but there are periods when it’s not all blue skies and wall to wall sunshine.

When frontal systems move in from the Tasman Sea, Nelson can see plenty of rain with some heavy falls at times which can last for a few days at a time and just ask any of the campers in the city between Christmas and the New Year period.

Temperatures are mild to warm over the summer months with sea breezes commonplace however the breezes can be brisk occasionally and a little uncomfortable on the beaches surrounding the city.

Winters are quite cold at night and frosts occur quite often and can be relatively heavy but sunny days prevail and temperatures are frequently in the low teens during the day.

Winds are generally in the form of a sea breeze or when rain arrives, northerlies can pick up with occasional thunderstorms and the winds can whip up waves and force the closure of Rocks Road which links Tahunanui with Nelson city however this is often shortlived and occurs mainly during high tides.

The warmest winds can be from the southerly quarter while eastern and southern areas of the South Island see cool and damp conditions as well as the Capital just across the Strait.

Further west of the city and the rainfall totals mount as they are more exposed to rain moving in from the westerly direction.
Motueka sees a little more rain but similar sunshine hours whereas Takaka generally has a higher rain total and less sunshine hours.

Nelson has a very pleasant climate and is an ideal city and region to see and enjoy the great outdoors.

Do a write up on my home town and they get flooded! It’s all your fault!

You can blame Richard Green for that one! 😉