Extreme weather across the North Island 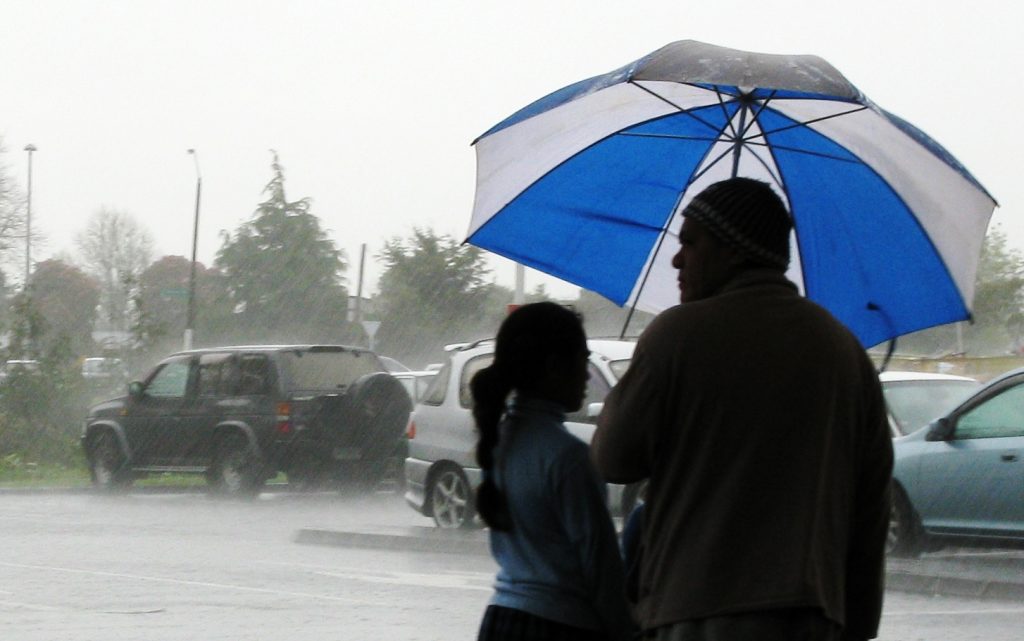 Two different weather extremes are affecting both ends of the North Island today with torrential rain around northern New Zealand and snow falling across towns in the lower North Island.

Snow has fallen in Dannevirke and Woodville with snow closing the Paihiatua track according to local police.  Snow is also affecting State Highway 2 around Dannevirke.  The extreme cold is also affecting Manawatu with heavy rain and a staggering 3 degrees.  Snow is still falling on the Takapau Plains.

“With temperatures this low it’s almost snowing in Palmerston North” says Philip Duncan of WeatherWatch.co.nz.  “This is truly out of season”.

WeatherWatch.co.nz is advising motorists to be aware of torrential downpours from Northland to Waikato including Auckland and Bay of Plenty with more heavy rain on the way this evening.

Parts of Waikato have just had torrential downpours, heavy enough to cause surface and flash flooding.

Rain fade has knocked out some radio and tv stations due to rain fade in the Auckland region.

The drop in dewpoints (relative humidity as you described) is due to the wind direction change, drier air mixing down to the lower levels (where we are at).. presently blowing a harsh WSW around Pukekohe. 3pm was hit by an unforgivable downpour akin to some of the best Qld tropical storms which caused a lot of surface and local flooding around Buckland, Pukekohe, Paerata.. had not seen such an amount of water fall from the sky in such a short period in the time have lived in this district.

An hour or two ago Manurewa (in Auckland) felt muggy and tropical, now it feels wintry. When outside my breath doesn’t condense (no “fog” when breathing out), so the temp is probably above 11. The indoor temp is 16, so the outdoor temp is probably 12-15 less wind chill (best educated guess).

Question for the boffins: what does this temperature drop indicate?

dull overcast no rain light easterly 6 to 7 deg. been like that all day..yawn. an there has been no snow in chch all winter an now the lower north gets some? i think chch is the place where the weather rests until it hits somewhere else..nothing has happened here since the 40 deg day back in jan..please send something here soon!

We are now getting the heavy rain in Whangarei, just in time for the 5 o’clock traffic. Still waiting for the lightning.

Well its been raining all day here in Levin and now we have gale force winds which have arrived, though most of the day its been very calm. Temp 7.4 dec, though at 2pm it was just 4

4:50pm and we’re just starting to get some moderate rain in Thames. Not all that windy though and certainly haven’t heard any thunder. So why did Metservice go and issue a Severe Thunderstorm watch, with the possibility of weak tornado’s included!? It’s been lifted now, but they could’ve just looked at this site’s lightning detector to see that there wasn’t THAT much activity going on! I’m tired of being disappointed by Metservice’s thunderstorm outlook’s that almost never eventuate!

A truckie just come into Taupo says it is now snowing on the Napier-Taupo Highway.

Couldn’t believe my eyes, from the window could see yachts in Wellington harbour as Met Service was reporting winds around 50 km/h and a chill factor around freezing!

Haven’t ventured out yet so don’t know what its like out there but not looking forward to it.