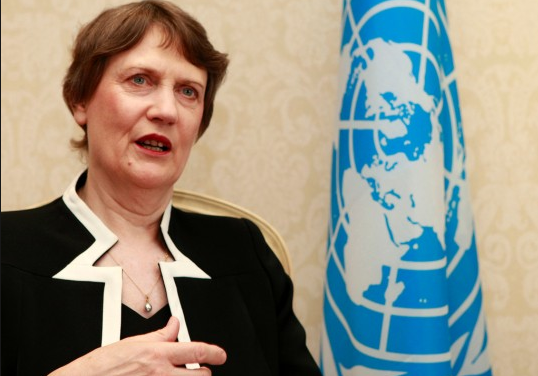 Former New Zealand Prime Minister and current Administrator for the United Nations Development Programme Helen Clark is the latest to take part in ‘Friends of WeatherWatch’ – where we ask 10 questions to well known or influential people who support what we do.  With so much talk about Climate Change at the moment – and many opinions coming in to us about it – we thought we’d go straight to the UN to get some replies.

There are a number of links below for you to click on for information – so you can make your own educated decision.

It’s been a very busy past few weeks for Helen Clark, as she attends the United Nations Climate Change conference in Paris, France – on until December 11th.

Helen responded to our questions while enroute to Paris.

We receive many questions about Climate Change – and like you we sometimes scratch our heads about what is true and what is political spin.

A big thank you to her office, and to Helen herself, for carving out some time for us – especially while in Paris for the summit.

10 Questions to Helen Clark from WeatherWatch.co.nz

1) Where in New Zealand did you grow up, and what are your strongest memories of the climate back then and there?

I grew up in Te Pahu in the west of the Waikato region. My strongest memories are of a lot of rain â€“ which was positive for the family farm.

2) Obviously your role at the UN is ‘big picture’ – what is it you are personally wanting to achieve in your time there?

I aim to make a contribution to development â€“ supporting a very large UNDP team with programming in around 177 countries.

3) The UN Climate Change Conference is happening in Paris – what is the single biggest challenge you are facing – and is it skepticism from the public?

The challenge now is to lift ambition for greenhouse gas emission reduction beyond that pledged by countries to date.

Present commitments in this area would likely see the global temperature rise peak at 2.7C above pre-industrial levels. Yet a rise over 2C has been deemed by scientists to be the tipping point beyond which irreversible and catastrophic climate change would occur.

Many voices are now saying that the temperature rise should not peak above 1.5 per cent. Thus the situation is very challenging.

The Paris agreement needs to include a review clause which will require countries to make more ambitious commitments within a very short number of years.

4) As the world heats up there are actually some positives for NZ’s environment – many of the toughest Climate Change challenges are likely to be in hotter, poorer, nations. What can New Zealanders realistically do to be part of a solution, that isn’t just a token gesture to feel good?

Climate change really has no good news for New Zealand. Our country needs a stable, equable climate for its primary sectors to thrive.

Climate change brings erratic weather, and more serious weather events. It spells disaster for many communities located along our coastlines.

While New Zealand’s greenhouse gas footprint is small as a proportion of the world’s total, our per capita emissions are high.   If we expect others to act, we can’t be content to stand out as a high emitter. We must act.

5) The most powerful world leaders and environmental groups use some alarmist language to describe Climate Change… apocalyptic scenarios which moderate people don’t seem buy in to. On the other hand, there are many politicians, political groups, and educated independents who say “nothing to see here, Climate Change isn’t manmade”. Where can moderate NZers find all the facts – facts that have been challenged openly and are laid out clearly – and not politicians spinning it for their own agenda?

New Zealanders should use authoritative information sources â€“ like those of:

They â€“ and UNDP â€“ all draw on the consensus of scientific opinion on climate change â€“ which is that it is real and that we need to act.

6) What role can private weather outlets like WeatherWatch.co.nz do to assist with the Climate Change Conference and ongoing climate/weather issues around the globe?

All those commenting on COP21 (The Climate Change Conference in Paris) and climate issues can help raise public awareness of how climate change threatens our very way of life â€“ and threatens the poorest and most vulnerable communities the most.

7) The Syrian refugee crisis seems so far away from New Zealand. Is there anything realistic we can do, or is this a Middle East/European problem?

Our voices can be raised in support of a political settlement to the Syria crisis â€“ there is no military solution.

As well, there are many practical things which organisations like UNDP are doing to support Syrians to survive through this terrible crisis.

We help create jobs and livelihoods, and support skills training and the restoration of basic services. See: http://www.sy.undp.org/

8) When you’re at the UN do you ever have flash backs to where you grew up – and think “wow, this is quite surreal that I’m here?”.

Indeed I often reflect that it’s a long way from Te Pahu, Mt Albert, and Wellington!

9) Is there any part of the globe you love to visit to relax in – a place that perhaps others think isn’t relaxing to be in or get to?

In public life, I have made many official visits to many places. I still aspire one day to travel on the Trans-Siberian railway, and to travel by boat around the coastline of northern Norway!

10) You were Prime Minister of New Zealand for nine years, now you’re based in New York City. What’s the most striking difference in the climate between our two nations. One positive, One Negative:

The positive is that because the North East USA has a cold winter, there is a lot of access to cross country ski fields within driving distance of New York.

The negative is that the winter is much chillier in the city where one works than it ever was for me in New Zealand. 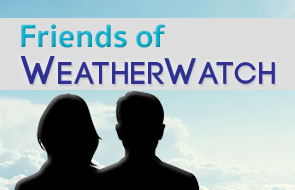 What bamboozles me is why NIWA is not telling NZers of expected orographic climate change, where areas that experience orographic uplift will progressively get colder and colder. Where this has already commenced, NIWA is keeping it a secret from the country, at the behest of MetVUW. With their deniest attitudes, I am no longer a believer in Climate Change. NIWA & MetVUW are NZ’s biggest denier of climate change and frankly they disgust me. Every single member of the Wellington based Climate Change Centre is in the same boat and heads need to roll for such irresponsible behaviour. Karma will get them.

Weather watch says – There are a number of links below for you to click on for information – so you can make your own educated decision.

How can anyone make an educated decision about climate change/global warming when the links and information provided are (as is usual in the media) from one side of the debate.

Please read what the UN says about climate and then compare it with the reports from the NIPCC http://www.nipccreport.org/reports/reports.html A good place to start is – Climate Change Reconsidered II: Physical Science 2013

Physical Science is an independent, comprehensive, and authoritative report on the current state of climate science. It is the fourth in a series of scholarly reports produced by the Nongovernmental International Panel on Climate Change (NIPCC), an international network of climate scientists sponsored by three nonprofit organizations.