Home > News > Eat naked, exercise outside for a bikini...

Eat naked, exercise outside for a bikini body 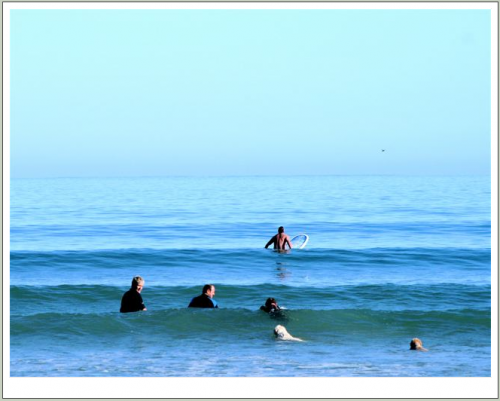 Can’t stand the thought of sweating on a yoga mat in a crowded gym when the sun is shining outside? Not a fan of solariums or pungent fake tan but still want that healthy glow?

We talk to The Biggest Loser trainer Tiffiny Hall about how to get your body bikini-ready for summer in a healthy but fun way. She also gives tips on how to “eat naked”.

Although the blonde bombshell admits you have to be fairly agile to surf, she believes anyone can do it and says paddling for hours in the ocean is great for endurance.

“It’s really going to shape your arms, your back and your abs because when you’re lying down and paddling and then you have to get up into the standing position, it really works your core.”

Surfing, she says, is in her top five sports for getting in shape.

Swimming is a great sport for overall wellness of the body, says Hall, who has been the personal trainer for The Circle’s Chrissie Swan.

“Because you’re not using gravity you don’t get as much tone as you would running or cycling, so it’s not as effective for a quick bikini strip but it absolutely will shred fat (and) it will get you fit.

“Fitness is very important,” she says, “and a healthy body is a beautiful-looking body.”

Running is a high-calorie burner and will help give you a flat, toned stomach.

“It boosts your metabolism as well so you get what’s called ‘the after-burn effect’ and you keep burning calories even when you finish exercising,” says Hall.

If you prefer to take it slower, walking targets fat burn specifically, she adds.

“So you don’t burn as many calories overall but you burn fat calories, which is great also.”

To get any benefit from either activity, Hall says you should run every second day for more than 30 minutes or walk every day for 30 minutes.

If you don’t pound the beach or pavement every day, she says not to expect much out of the irregular exercise.

The legs get a workout when you cycle and the sport is good for lymphatic drainage (the lymphatic system moves toxins away from healthy cells and carries germ-fighting materials to cells when they are under attack by viruses).

That’s good news for those who carry fluid retention around the hips and upper thighs.

“It’s going to boost your metabolism, flatten your stomach (and) it’s really going to work your bum and that’s really important in a bikini,” says Hall.

She suggests cycling for people whose problem areas include the backside and hips because it will burn the most amount of calories.

For a full-body workout, Hall says martial arts is the way to go.

It’s no surprise Hall is keen to promote martial arts – her father is an Olympic taekwondo coach and her mother a black belt. Hall has also trained for 17 years in the discipline.

She says due to boxing and the use of your legs, the entire body benefits.

“You get the best tone because it’s all about conditioning and it really targets your abs, so if you want a flat stomach, martial arts is the way to go.”

If such a sport sounds intimidating for women, Hall says there is nothing to fear.

It is becoming more popular among females, she says, and some schools specialise in martial arts for women.

She also says you can do martial arts outside at home by hanging a bag from a ceiling or deck and practising kicking and punching combinations.