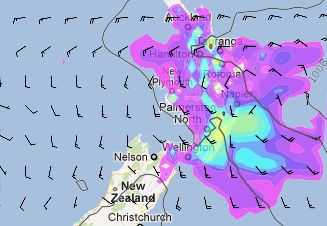 A low predicted to develop over northern Hawkes Bay and Gisborne on Thursday is expected to drive in some much needed rain to the drying region says WeatherWatch.co.nz.

Warm to hot westerlies have affected the region for some time but following on from a wet first half to 2011 the region has coped quite well during the first half of spring – traditionally a fairly dry time of the year for eastern New Zealand.

Brief southerlies have kept showers peppering the regions over recent months and this week a fairly weak southerly will help produce a new low over the region.

MetService says the low pressure system may even be enough to prompt a rain warning for Thursday – although rates the chances only as “low”.

WeatherWatch.co.nz says the uncertainty lies around the fact that the low will be moving away from land once it starts to develop.