Dry spell persists in NZ this week, but comes with downpours (+5 Maps) 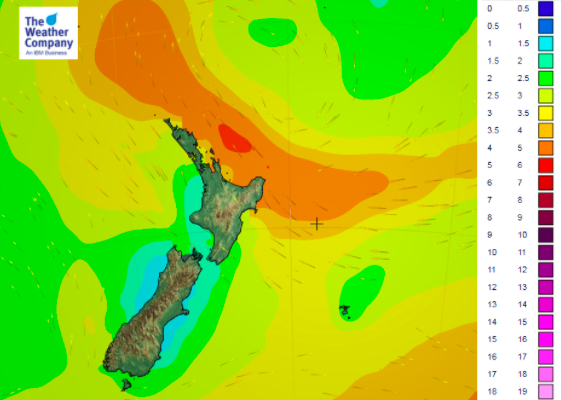 New Zealand is currently located on the eastern flank of a large Tasman Sea high which lies to the west of Southland and is slowly moving eastwards towards us.

Under the dominance of this high New Zealand will be in dry spell for most of this week. However we’re going to see more downpours popping up as the week goes in and into this coming weekend – despite all the high pressure.

Other highlights about this week: 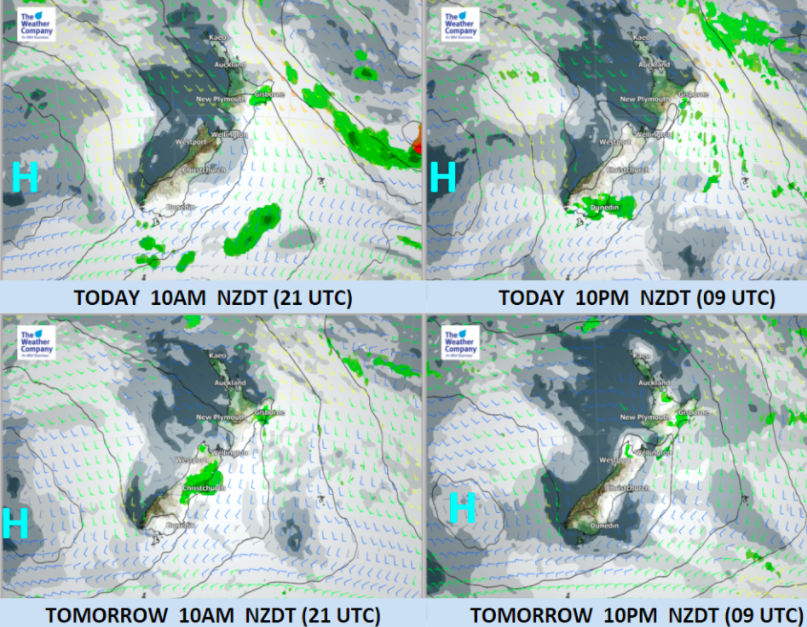 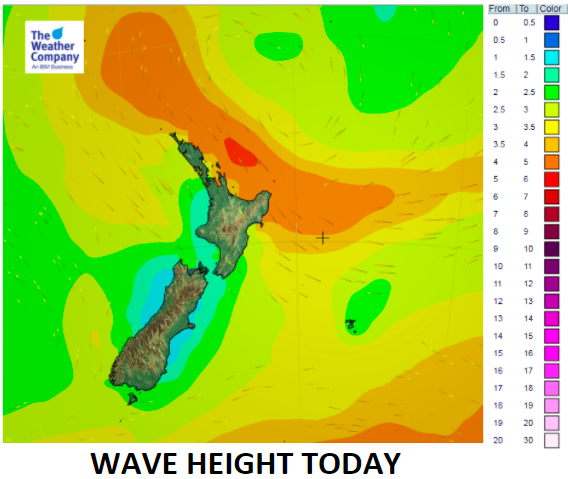 – Maps by The Weather Company (an IBM business & an official business partner of WeatherWatch.co.nz)