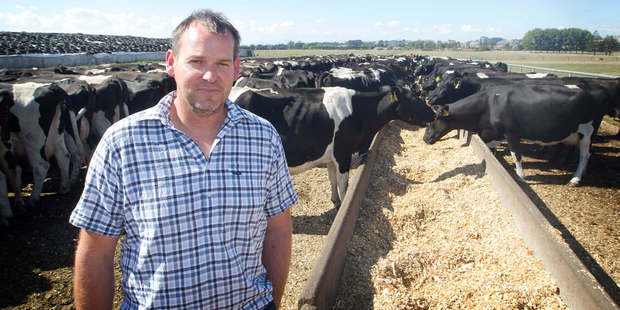 Farmers in the Waikato and parts of Northland say they are battling one of the driest summers in memory – but the Government isn’t declaring a drought because the conditions are not widespread enough.

The Minister for Primary Industries, Nathan Guy, told a group of farmers during a visit to Morrinsville yesterday he would not be declaring a medium scale adverse event because it was much more localised than last year when the whole of the North Island and two districts in the South Island were affected by the extremely dry conditions.

Rural assistance payments are not available to farmers if a drought is not declared, but Mr Guy did not think they were needed.

“Farmers aren’t interested in a handout,” he said. They want to know the Government cares and the Government responds to their particular situation …

This is the powerhouse of the New Zealand economy that are going through a bit of pain at the moment.”

Waikato Federated Farmers president James Houghton said that although the soil was extremely dry in some areas, farmers had learned from the drought in 2008 which had taken them by surprise.

“That’s why a drought hasn’t been declared because farmers are being more proactive, being more organised and being better prepared.”

The high payout for milk solids of $8.65/kg had also been a boost to farmers.

Government figures suggest farmers will have to wait a few weeks for the wet weather to break the drought.

They indicate parts of the Waikato would be suffering with Hamilton Airport recording just 6mm of rain last month, significantly less than 35.2mm for the same time last year.

Martin and Mark Sing are prepared for drought – they have plenty of backup feed and will be cutting their milking season short by only about 10 days.

The father and son, who own Bridgnorth Farm in Morrinsville, learned some tough lessons when the drought surprised Waikato farmers in 2008 and now have a 2000-tonne buffer of feed in case they are stung by dry weather again.

Farm manager Mark Sing said they farmed 860 cows and planned to dry off about half today. The other 400 would be kept going another month.

Bridgnorth Farm usually milked about 300 days a year and was tracking for about 290 days this year so it was “business as usual”. Last year, despite having 150mm more rain, they milked for only 260 days.

“We have enough feed for the circumstances so we are lucky in that respect that we are carrying a bit more,” he said. “In the 2008 drought we probably cleaned out all that reserve and it probably took us three or four years to build it up again.”