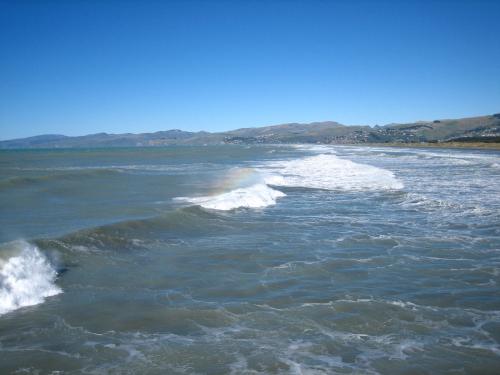 WeatherWatch.co.nz has launched detailed forecasts for those in Christchurch, matching the high level of quality which has been in place in Auckland for a number of years.

Head weather analyst Philip Duncan says Christchurch was always going to be the next centre to have increased coverage as WeatherWatch.co.nz continues to steadily grow.

“We receive no tax payer funding so for us it’s a lot of hard work to get each main centre up and running, but we’re proud of what we’re achieving and it’s great to have more detailed forecasts in place for Christchurch”.

“Our team of forecasters are passionate about providing a fresh alternative for weather predictions in New Zealand and the public are the ones driving this”.

WeatherWatch.co.nz now has two South Island based forecasters, Richard Green and new to the team is Aaron Wilkinson, a former Blue Skies forecaster.

Christchurch residents will now have the chance of rain in percentage form which for Canterbury is important. “Christchurch is one of New Zealand’s hardest centres to forecast for, especially when it comes to rain and temperatures. Now when we predict rain it will come with a percentage of confidence, so if the chance of rain is only 40% you may still risk getting those outside jobs done” says Aaron Wilkinson.

WeatherWatch.co.nz says Hamilton will be next to have detailed forecasts with plans to add Wellington and hopefully Dunedin later this year.

Congratulations on the new Christchurch forecasts. Well done!
This is such a great website. I’ve been using the Auckland forecasts for a year or two now, and I’m really enjoying the detailed forecasts, that even get updated during the day.
Thank you very much.