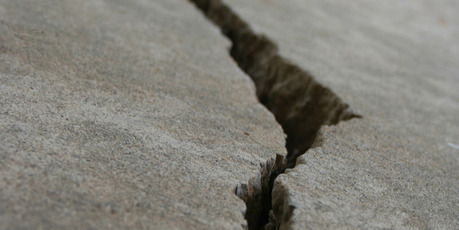 Saturday got off to a shaky start.  GeoNet reports that a magnitude 5.8 earthquake struck at 7:19 am, centred 20km southeast of Tokoroa at a depth of 175km.

The quake was felt all over the country with over 10,000 people reporting to GeoNet that they felt it.  Most reports were that it felt like a light earthquake, but parts of the central and lower North Island reported feeling a moderate to strong quake

Chris Johnson said it felt like a decent quake in Paekakariki.  She said the noise woke her up.

Robyn Park in Hawke’s Bay said it was a “big, bouncy earthquake” that caused one of her light fixtures to swing for an extended period of time.

Nigel Coles in Napier said it was a “decent shake”.

Andrew Hamblyn in Taranaki said he felt a gentle rock.

GNS Science said it was a “decent subduction zone quake” which means it was deep and felt widely, though it is often not felt where it happened.

GeoNet said it was the strongest in a swarm of 24 tremors in the North Island over a seven-hour period.

This morning’s earthquake follows a pair of large quakes (7.3 and 6.2) that struck off the northeast coast of Japan last night.  That quake produced a 1 metre tsunami that came ashore in northeast Japan.  No damage was reported from either the quake or the tsunami.  3 minor injuries were reported from the quake, none from the tsunami.

By Howard Joseph, WeatherWatch.co.nz with contributing information from the New Zealand Herald