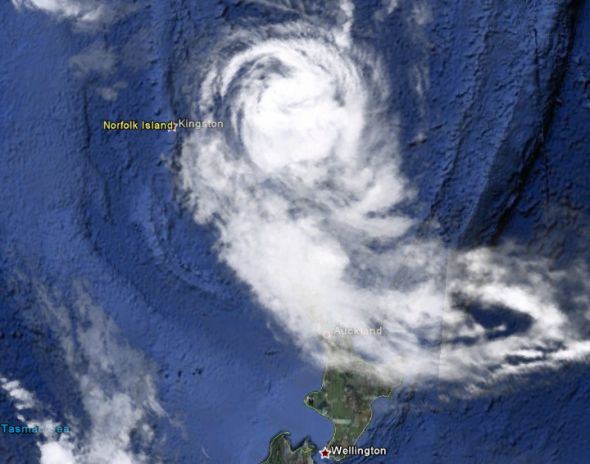 Tropical cyclone Wilma has left councils with a clean-up bill of at least $25 million.

The storm brought strong gales and torrential rain to parts of the upper North Island three weeks ago, causing flooding and widespread damage.

Hardest hit were parts of the Coromandel, Auckland and Northland – where more than 280mm of rain fell in 19 hours.

The bill for repairs in Northland is about half the council total, $7m for Whangarei District and the rest spread across the region.

The cyclone was the most significant to strike the region since Bola, said Whangarei District Council spokesman Simon Weston.

It caused extreme flooding in the city centre and extensive damage to rural areas.

Three roads remained closed and many others were still reduced to a single lane.

Workers were cleaning fallen debris and slips and it could take two years to complete repairs, said Weston.

Auckland’s $12m bill would be used to repair about 100 slips, roads and other damage, said Civil Defence controller Clive Manley.

About $7m would go towards building a new section of Matakana Valley Rd where there had been about 19 slips, said Manley.

Several students were having to find alternative ways of getting to Matakana School because of the closed road, said principal Darrel Goosen.

“The bus only comes to the bottom of the hill. Everyone has to make sure their kids get across the landslip areas – it’s caused a fairly major disruption for a number of our families.”

Repairs are “well under way” in the Thames-Coromandel district, with all roads reopened and most of the slips cleared, said council spokesman Ben Day.

The cost of the damage was $1m to $1.5m, most of which was for road repairs and to deal with erosion.

The cyclone also brushed the Bay of Plenty and the East Cape.

The bill has not been finalised but ongoing work to tidy up Mount Maunganui is expected to cost $250,000.

Wilma was the fourth tropical cyclone to hit New Zealand this season.

The Insurance Council of New Zealand is still assessing the effects of the cyclone and could not confirm the number of claims or costs.