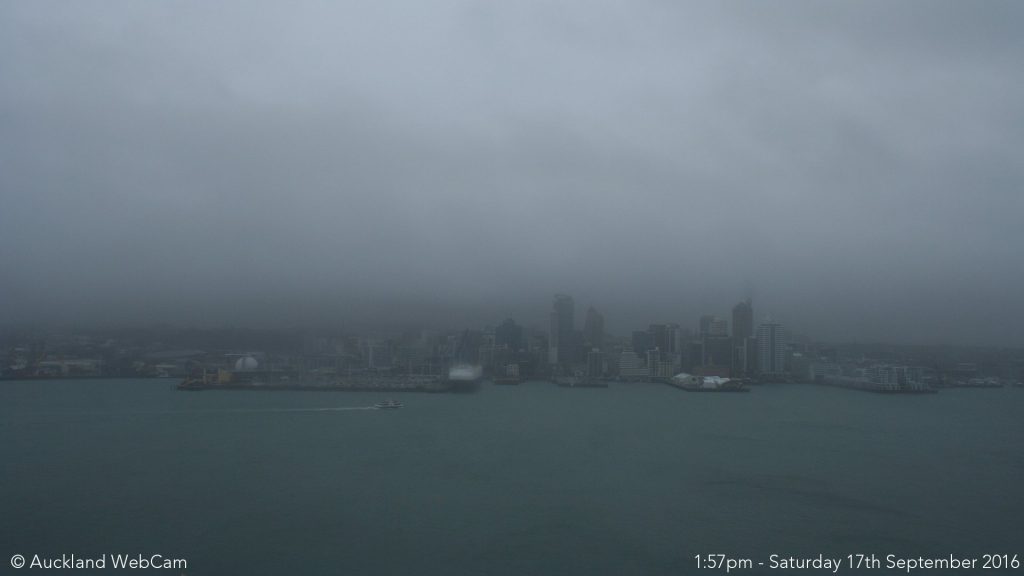 A low sits just west of the North Island today while a front moves from west to east over the upper half of the country. A more stationary front also lies over the lower North Island which is bringing heavy rain and weather related issues to the likes of Kapiti and the Hutt River. The South Island in contrast is more settled.

Much of the North Island is cloudy, a rain band is moving over the upper North Island as we speak. It is slow in it’s movement but at least it is moving meaning any rain isn’t causing too many issues. A front lying over the Wellington region however has rain of perhaps the same intensity however it is more stationary meaning rain is falling in the same spot for a longer period of time, this is causing flooding problems about some lower North Island areas.

Mainly dry for Hawkes Bay and Gisborne with some high cloud.

The South Island is quite sunny for many with light winds and warm temperatures. Just some cloud about Nelson and Marlborough with a few showers for far northern parts of those regions. At the other end of the country we have some cloud about Southland and Otago, there may be a light shower or two develop for these regions this evening.

The warmest centre is Hastings on 19 degrees as at 2.00pm.

The coolest centre is Invercargill on 13 degrees.

Tauranga: 15 degrees, some rain with breezy north to northeasterly winds.