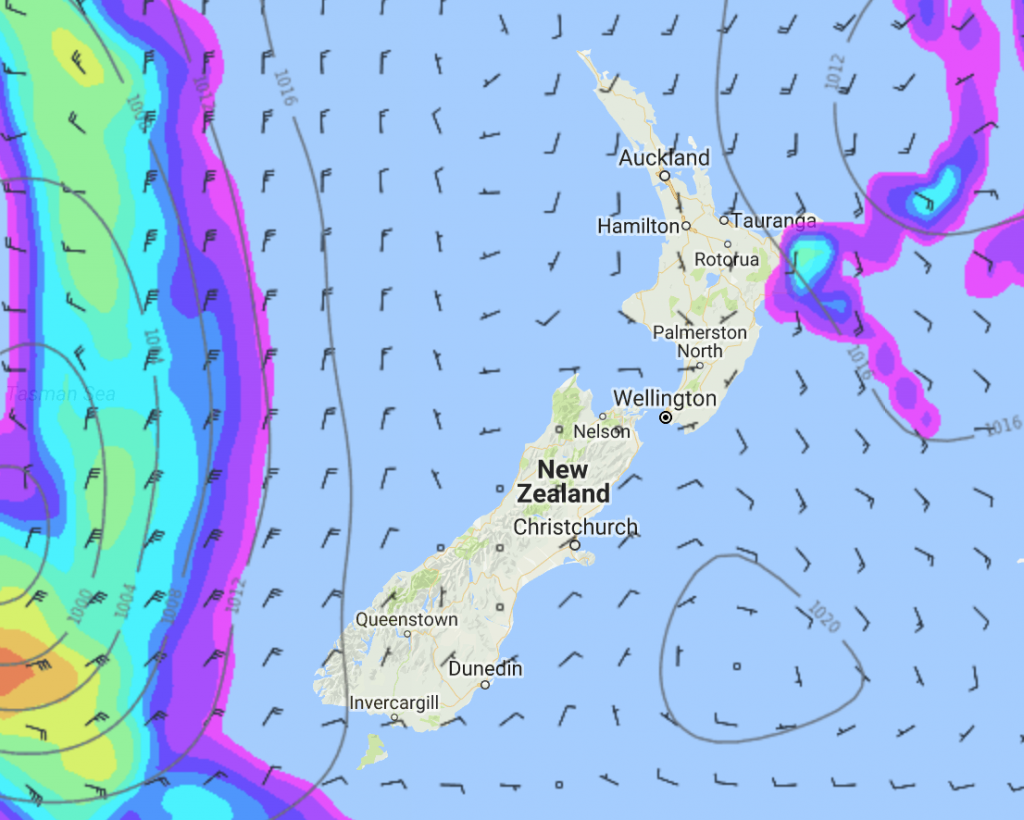 A ridge of high pressure brings mainly settled weather to most of New Zealand today, a low / front in the Tasman Sea does send out a sheet of high cloud which gradually increases over the country during the day.

For the North Island it’s a clear and sunny start for most and it should remain sunny for most of today, perhaps a little high cloud starting to move into western regions this afternoon.

Gisborne through to Wairarapa is still mainly cloudy though with cool southerlies, Hawkes Bay and Gisborne seeing a few showers.

The South Island is dry and mainly sunny also however high cloud is already thickening about the far south and will thicken about most other regions as the day goes on. Winds are light for most currently however watch for freshening east to northeasterly winds along the east coast this afternoon.

The Mount Cook area dipped down to 1 degree last night but on the same token so did Blenheim so if you were thinking it was cold to start the day in our biggest wine growing region you were right. Taumarunui and a few other inland North Island centres also started the day on 1 or 2 degrees so definitely a cool start up north also.

Gore oddly enough is the windiest spot currently sitting around 20 km/h from the northeast.

No one centre is registering any precipitation at present however Gisborne and Hawkes Bay will be seeing the odd shower across those regions at present.

UPDATE: 2pm – High cloud has started to increase for many regions although the weather is looking fairly good for most, just the east coast of the North Island still has lower level cloud.

While not very wet at all Hawkes Bay and Gisborne is seeing a few showers still moving in although it’s drier then this morning overall.

The warmest centre is Whangarei on 20 degrees.

The coolest town is Oamaru sitting just shy of 13 degrees.

Christchurch is the windiest centre, really feeling the effect of those typical easterlies the city often gets. Today in the region of 35 to 40 km/h gusting upwards of 50 km/h.