Cool start for many over S.I. 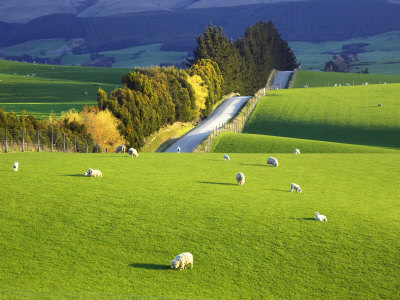 As a front finished off passing over the South Island overnight, temperatures dropped and as low as single figures over much of the lower half of the Mainland.

Rain mainly fell as light and drizzly during the night in many eastern districts and not as much as expected as the front weakened and continued its trek north.

At midnight Christchurch, Nelson and Blenheim shared 16 degrees but since then Christchurch has seen a cool southerly with drizzly showers and a temperature now of just 11 degrees.

Skies are expected to improve over Canterbury and Marlborough later today whereas much of the remainder of the island should see sunshine with just a few cloudy spells although remaining fairly cool.

Often Central Otago can enjoy a warm day with sunshine follwing a southerly outbreak during the summer months but today the air is a little more crisp and soaring temperatures aren’t expected.

Invercargill dropped as low as 6 degrees durig the early hours of this morning but now is on 8 along with Queenstown and Dunedin.

Tomorrow should be warmer over most of the Mainland however cloud is expected to build over parts of the west and south as another frontal system moves in from the Tasman Sea.

The cold front currently moving up the country sure is fizzing out quickly. Met is still forcasting rain developing this morning in Wellington, I just can’t see anything but a lingering cloud cover till evening at least.

Hi David, let us know tomorrow how our Wellington forecasts compared/got on

Well no rain all day where I am in Whitby, but I did hear of some shower activity in Tawa around 8pm.