Conditions easing – #WeatherRisks and your Main Centre outlook on Friday 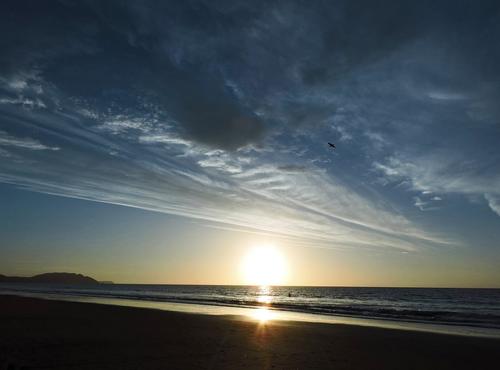 Things start to clear up as we head into the weekend, though winds stay strong in some parts of the country, and rain and showers stick around in places too.

There could be some heavy rain first thing in the morning for the West Coast of the South Island, while the same goes for many western parts of the North Island and across to the Bay Of Plenty.
North Island conditions ease in the afternoon for many and clear away.

Northwesterly winds from the Cook Strait area blow strongly, right down through the South Island – especially in the east – in the afternoon, with a low risk of gales.
Gale winds are probably not likely near Otago.

Cloudy but dry and warm in the city, with northwest winds sticking around, and a high in the mid to late 20s.

Early rain clears then sunny areas increase, while gusty northwesterlies ease later on, along with a high in the early 20s.

Morning cloud blows away, leaving a mostly sunny day – along with northwest winds and a high in the mid 20s.