Home > News > Column: All quiet and peaceful when thic...

Column: All quiet and peaceful when thick fog rolls in 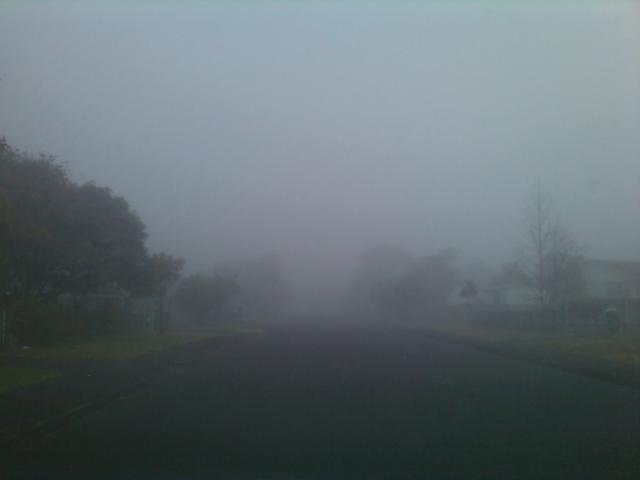 Aucklanders and other North Islanders watched late in the evening as fog rolled in.

They rose on Thursday morning to a thick blanket that obscured street lights and hid the tops of tall buildings, including Auckland’s SkyTower.

It was a change from the blustery winds and heavy rain that had fallen 24 hours earlier. The heavy fog was the first this year and affected Auckland and Hamilton airports.

Fog at this time of the year is normal. We have the perfect ingredients for it with warm days, cool nights and relatively warm sea surface temperatures. Lately we’ve had that added humidity, brought in by the sub-tropical rain on Tuesday as opposed to the drier and cooler air from the southerly the week before.

Auckland and Wellington are disrupted by fog several days each year. Other centres better known for fog, including Hamilton, function well with it. For those across the Waikato it’s a very normal part of autumn and winter weather.

But this fog was unusual in that it formed in the centre of a low and not under a high.

It doesn’t happen often, because two things need to happen: the low needs to have a large centre and it needs to be weak.

Fog is simply cloud at ground level. There are different types, from the stuff that rolls in through marine areas such as Auckland to inland foggy haunts such as Waikato, to higher-altitude fogs when clouds blow into hilltops.

For Hamilton driver Axel Alexander, the fog was good news – but not for airline passengers. “Virgin Australia’s flight into Hamilton diverted … had to pick up the passengers from AKL and take them down to Hamilton – in the fog – then bring today’s passengers up from Hamilton to AKL. Nice 8.5 hours work.”

Friends of Maree Shaw were a little luckier: “Driving to the airport late last night was pretty dicey at times – extremely poor visibility. My friends were circling Auckland for 15 minutes before they were able to land.”

Fog will become more common in the next few months. I enjoy it. There is something serene about fog – still, quiet and peacefully isolating.