Home > News > Colder, windier, week next week for some...

Colder, windier, week next week for some farms and regions further south 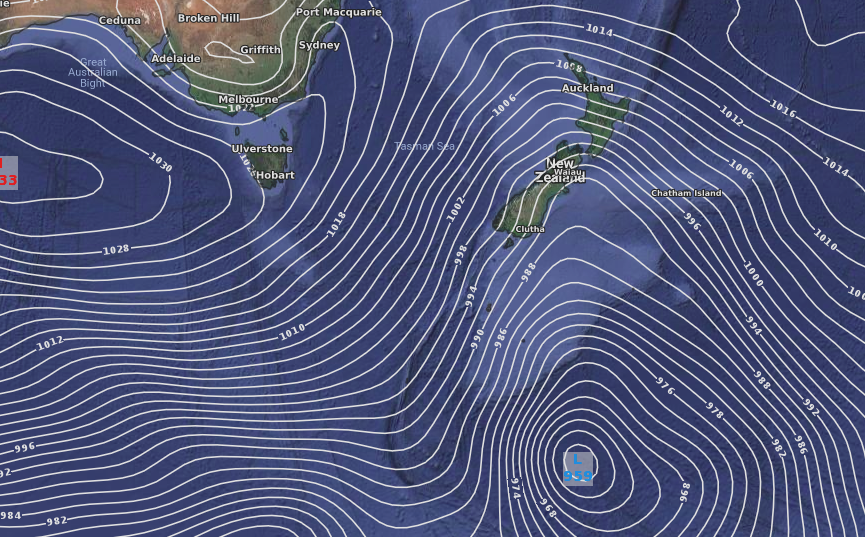 A cold, windy and possibly sometimes snowy southerly is on the way for some parts of the country next week after a warming up occurs this week.

Air pressure systems look likely to align to encourage a windy South West air flow across the New Zealand region next week, possibly getting strong and turning more SSW for a time. This set up may initially be a fairly mild and dry west to nor’wester for some further north, but as the week progresses it’s looking possible that a colder southerly flow may kick in to the lower half of the South Island.

Long range data already suggests snow may return to Queenstown mid next week. Despite the snow yesterday Queenstown is warming up slowly today and by Wednesday will be back to double digits by day with highs around the mid teens by the end of this week.

By Tuesday or Wednesday next week highs in Queenstown may only reach single digits around 6 degrees with snow flurries possible. There may be a few snow flurries next week as low down as Lumsden in Southland.

The snow is by no means locked in – the point of this story is to highlight a possible miserable change for newborn stock next week. There are no signs of this being a major event or overly serious – but just in light of recent cold events that have been stressful for farmers and deadly to newborn lambs we wanted to give you an advanced headsup.

One positive is that the spring westerlies look very dominant next week so hopefully any southerly twist will be short lived and knocked out by strong westerlies. More details by the end of this week.

– Image / GFS air pressure map for the middle of next week shows the windy weather and the possible colder SW flow for the South Island.