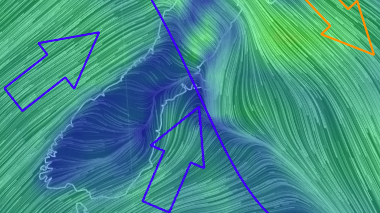 A cold front is moving up the South Island with heavy rain in the west and a cold southerly change spreading northwards behind the front for all regions.

As of 3:30pm the front was draped over West Coast and mid Canterbury with temperatures tumbling behind it.

In the north it’s warm in many eastern areas but clouds are thickening in western areas, including Auckland. It will make for a much milder night tonight ahead of the front following a cold night last night under clear skies.

The front is weakening as it heads north and in the early hours of Thursday it may well only bring a burst of downpours or rain lasting less than an hour.

The air temperature will drop nationwide over Thursday.

It’s short lived – a high starts to roll in for most regions by Friday and certainly will do so across the across the weekend. 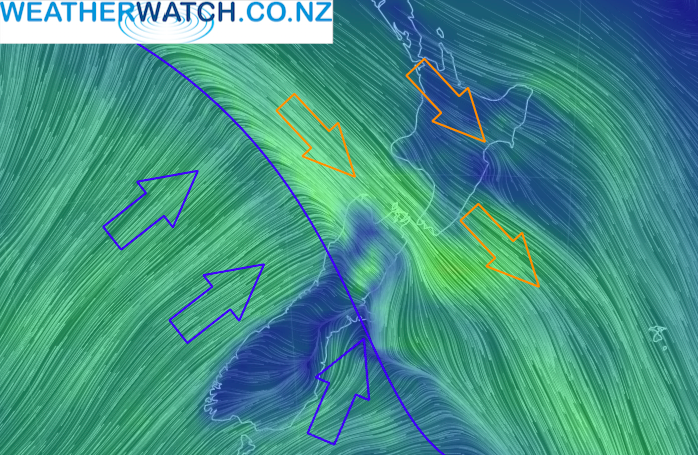 3:30pm wind map showing where the cold fornt is. Data via earth.nullschool.net 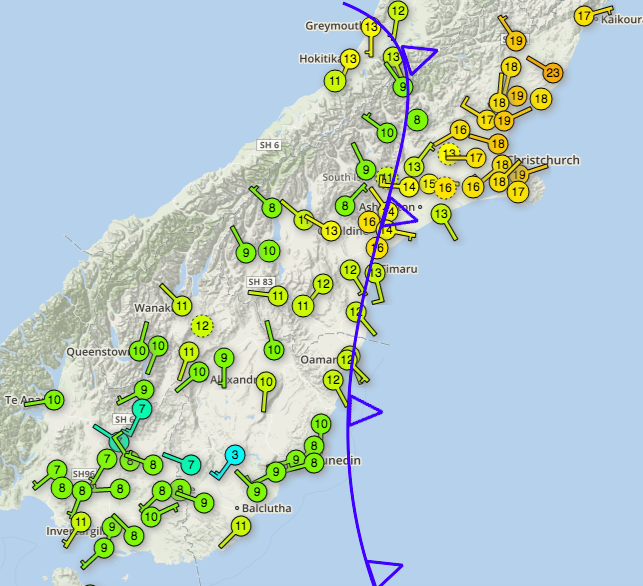 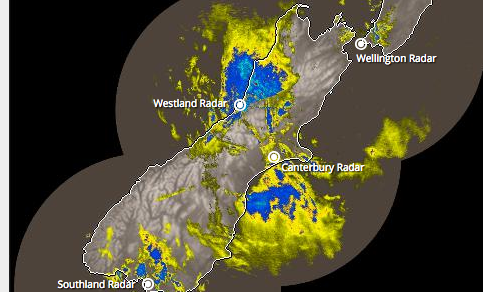 Radar image as of 3:06pm. Rain radar funded by the NZ taxpayer, owned by the NZ Government