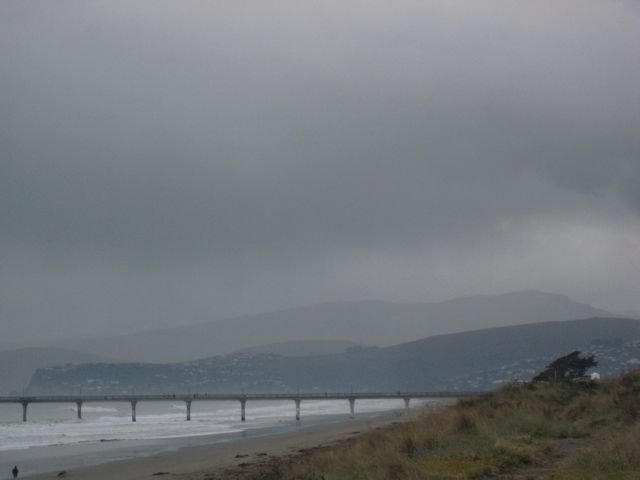 A number of centres in the east and south of the South Island this afternoon are as low as 10 or 11 degrees as a result of a cold southerly rainband heading north up the mainland.

Christchurch is seeing rain starting to settle in after it has been threatening for much of the day.

One report to weatherwatch.co.nz said just 5mm of rain fell in Invercargill before a clearance late morning which revealed some sunshine although still rather cold.

appears to be big thunderstorm over Tararuas near Pahiatua. Almost continual flashes off in the distance can be seen from the west end of Palmerston North.

Squall with heavy rain for a half hour or so(now eased off) came through around 5pm here in Dunedin(upper level trough) heralding the onset of the cold pool. There was a great set of fracto-cumulus and swirling stratus- unfortunately I didn’t have my camera handy – temp. is now 9degC.