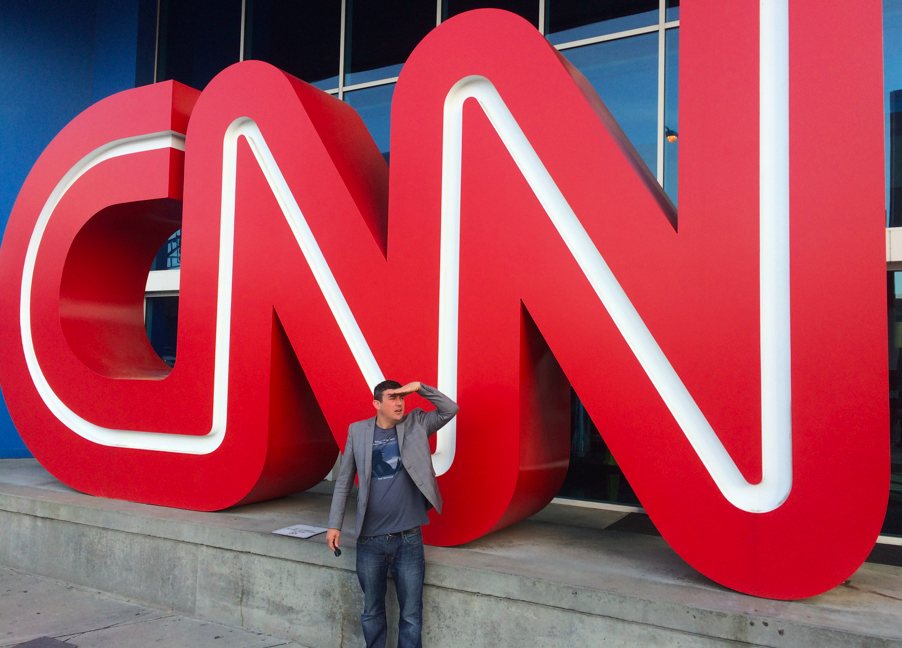 The relationship between CNN and WeatherWatch has strengthened even further, with management in both the International and American weather divisions confirming that WeatherWatch.co.nz is now an affiliate – after several years of building a relationship.

At a recent meeting at CNN’s headquarters in Atlanta last month – the third time WeatherWatch.co.nz has been invited there – management confirmed the affiliate news to us and how the two groups work well together.

Over the past several years WeatherWatch.co.nz has provided news updates – and in some cases shared your photos – with CNN International viewers. For example, during the Chile Ash cloud back in 2011, the Christchurch Earthquakes and a handful of tropical storms in our part of the world over recent years.

“It’s great to have confirmation that what WeatherWatch.co.nz does on a daily basis – whether it’s the news we put out, the photos we share, or the angle we take – is good enough that CNN International and CNN America both support what we do” says head weather analyst Philip Duncan. “They took us out for drinks and dinner, which we were definitely not expecting. It was an incredible moment, especially as severe thunderstorms brushed the state of Georgia where we were, and the CNN weather managers were on their smartphones watching dramatic rain radar images and lighting trackers as it all unfolded”.

CNN weather also give us numerous tips on how to better cover the build up to droughts in New Zealand – information that the Ministry for Primary Industries is keen to work with us on as we try to improve the weather industry here in NZ.

A couple weeks ago CNN International launched “CNN Weather Watch” and while apparently unrelated to our meeting, CNN management did still double check with us that we were ok with that…which of course we were!

So what does this all mean to you?
It means that photos you send in during large events (earthquakes, cyclones, ash clouds, volcanic eruptions, tsunami) may end up on CNN TV worldwide – with your name credited too). In fact, in the early days this was how we grew WeatherWatch when some local NZ media were skeptical about what we did. These days most of New Zealand’s media come to us for news or use the photos you send in.

This also means we have a great relationship with CNN Weather – we share ideas and share the best images you send in to us – and we work well together to bring the latest breaking news from the world of weather, nature and environment.

The relationship with CNN also adds enormous crediblity to our small brand – showing that if you’re passionate and stick at what you do best, even the biggest of organisations might notice what you do. 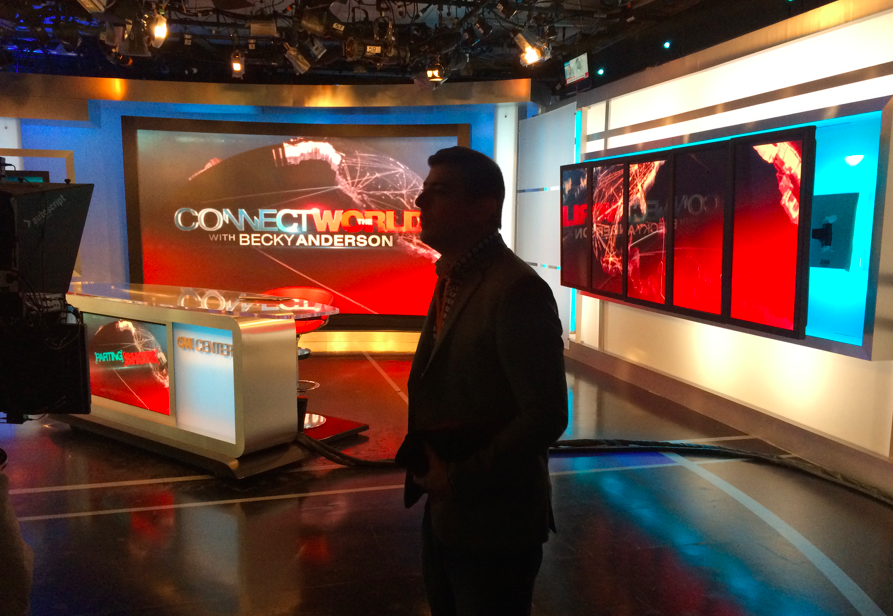 Inside one of CNN’s several studios based in Atlanta, Georgia. 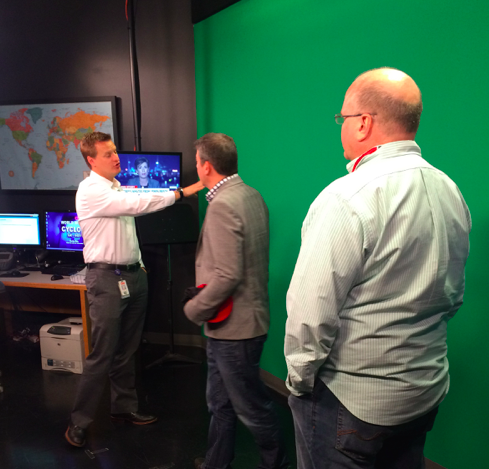 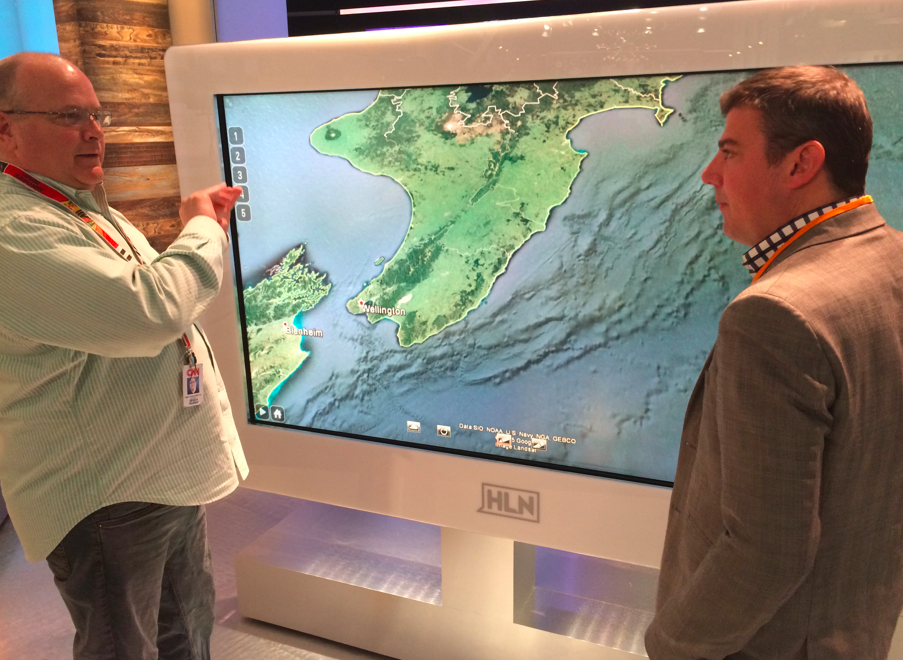 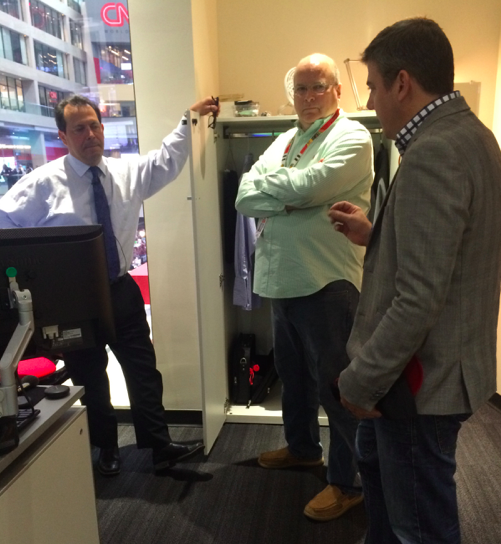 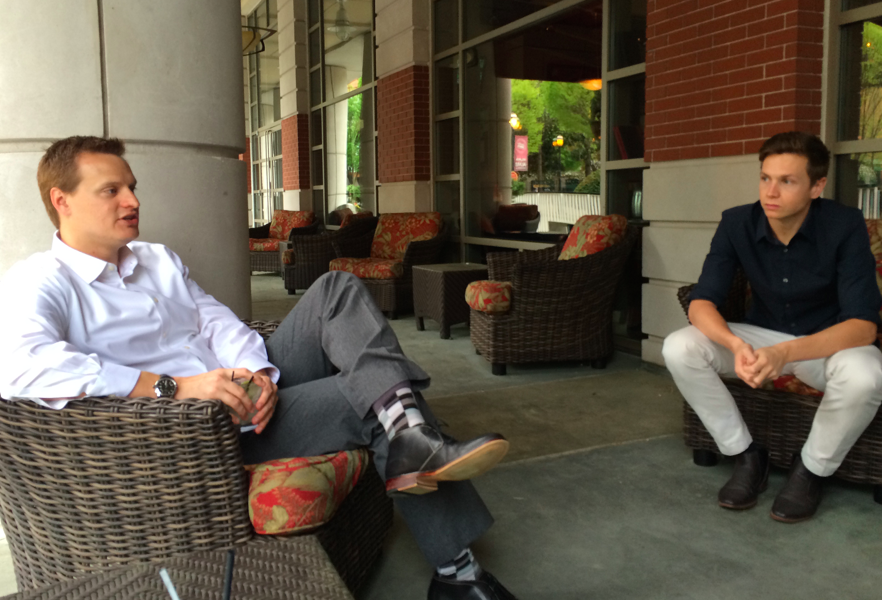 Many congratulations WW for the work you have done to lead up to this level. Fantastic stuff from a great team.

Thanks very much Derek!