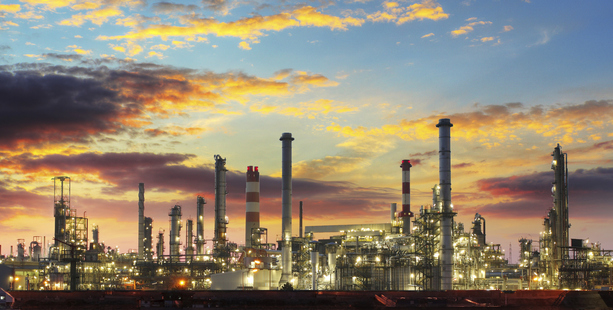 Labour and the Greens are urging the Government to take a more hands-on role in response to a major report which showed New Zealand was unprepared for a warmer climate, rising sea levels and an increase in extreme weather events.

The Intergovernmental Panel on Climate Change’s latest report, released yesterday, found that New Zealand had a significant “adaptation deficit” in the face of human-influenced global warming of between 2C and 4C by 2100.

This level of warming was likely to raise the oceans around New Zealand’s coast by at least half a metre before the end of the century, threatening low-lying communities and ecosystems.

Climate Change Minister Tim Groser said that while much of Government’s focus was on international agreements to reduce emissions, the report showed the importance of adapting to a warmer world.

He said the effects of climate change would be different in each region and local councils were best placed to assess the risk and plan their response.

“Central government has the resources required to assess where the greatest levels of risk lie, to give guidance on what the priorities should be, and to lay out the range of options available to help communities adapt to climate change.

“Regional authorities are also exposed to legal challenge, something which is highly likely given some of the difficult decisions that will need to be made. Endless litigation is in no one’s best interest.”

Kapiti Coast District Council attempted to introduce coastal hazard zones in its long-term planning documents but these were blocked by legal action from residents who felt their property values and insurance would be affected.

Prime Minister John Key said National was attempting to deal with these complications in its Resource Management reforms.

“It’s the Greens and others who are stopping us making those changes,” he said.

He said local authorities were desperate for guidance and direction from Government.

Councils were given guidelines by the Ministry for Environment for coastal development, but these were non-binding. The guidelines said planners should consider sea level rises of 50cm to 80cm by 2090, and 10cm for each following decade.

The national policy statement on coastlines required any seaside developments to have a timeframe of 100 years.

The IPCC’s report said planning for sea level rise in Australia and New Zealand had developed considerably in the last two decades, but its implementation remained “piecemeal”.

Mr Groser said that New Zealand had been lumped in with Australia in this analysis, which had given an inaccurate impression of New Zealand’s preparedness.

The report also predicted that Maori would be acutely affected by climate change in New Zealand because the Maori economy was more dependent on climate-sensitive primary industries.

A large proportion of Maori-owned land was in areas which was vulnerable to heavy rainfall or drought.

Maori were also major stakeholders in fisheries and aquaculture, which faced significant risks from changes to ocean temperature and chemistry.

The IPCC authors said that some new economic opportunities may arise for Maori as a result of climate change, such as new forestry growth in cooler regions which previously did not receive enough rainfall or lacked soil nutrients.

I have to say it, but as long as the weather and climate officials in this country remain so old fashioned and out of date in their attitudes , then forget climate change, as they won’t even realise that it has arrived. To have policies of neither acknowledging or replying to any correspondence from members of the public is outright pig ignorance and nothing else but. Man that irks me something terrible. It is so out of touch in today’s world. Both NIWA and MetService need to pull their head in, in that respect. Their attitude towards WeatherWatch is unforgiveable in my opinion and shows their true colours of arrogance in the extreme. The weather scene in NZ old, dowdy and such a mess. The country will not know that climate change is even here, because people cannot report the severe decline to anyone. It is why we have got to the stage of updraft storms and ice storms in the hills behind us without anyone knowing how severely we were being hit … simply because correspondence and postings were ignored, and obviously not being in a main centre, no one bothered with Dopler either. A phonecall made in desperation to MetService after experiencing deplorable updraft conditions resulted in a rubbishing and refusal to pass me on to an orographic forecaster who could help. NIWA didn’t start off much better but I wasn’t about to give up. The whole scene is bullshit. All I’ll say to anyone struck with climate problems like we have been  is .. god help ya mate, because getting the help you need is no easy task.  I’m biding my time to see what happens this winter. WeatherWatch is the ONLY NZ forecaster who is with it, who is modern and who is capable of working with ordinary members of the public and replying to them. That says it all really.

I think parts of New Zealand will be in for a BIG wake up call.  Things like the TG report showed projected flooding where I live with full-on Climate Change … we reached that way back in 2007.  And another one which stated that 5m swell here would be extremely rare and a 150 year event. Yeah well back in the late 1970’s a 10m swell roared 9into here causing surge, flooding and it tore out the road. All of those projections are a huge joke, all of the estimations here have already been reached long ago. What I personally hate about all this Climate Change stuff is that nothing is ever said on the orographics areas that are cooling. I get sick of hearing about heat heat heat and rain rain rain. Hows about something for the areas that are projected to or those like us who are already suffering a severe outcome with cooling. And NIWA, well sigh. Communication wise, they’re no bloody different to MetService.