City of Sails promoted to tourists 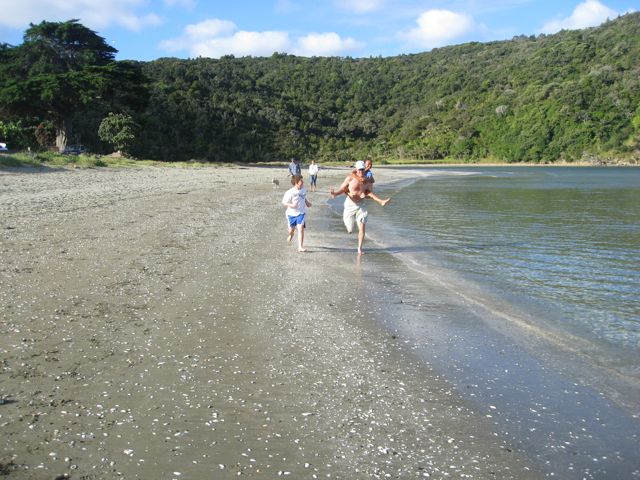 Today we move to the city of Auckland to get a brief summary of the overall climate and it’s aimed at visitors from the Northern Hemisphere.
Is this an accurate reflection of how NZ’s biggest city copes with what nature has to offer? aucklandlifestyle.com believes it is.

The mild Auckland weather is due to the unique location of Auckland, the warmest and sunniest city in New Zealand.
Situated on a narrow strip of land between Waitemata Harbour in the East and Manukau Harbour in the West, this area enjoys a Warm sub-tropical climate.

The seasons are opposite to the Northern Hemisphere. Auckland has all 4 seasons (sometimes all in one day) but it rarely gets too cold, which lends itself to a great outdoor lifestyle and makes Auckland a great place to live and a fantastic tourist destination at any time of the year.

Most visitors come in the summer months, mainly to escape from the cold winters of the Northern Hemisphere.

Summer runs from Dec to March and is hot and humid with an average temperature range of 20°C to 30°C. This is the time to visit our beautiful Auckland beaches, very popular at weekends and puplic holidays. Be careful though, with around 7 – 8 hours of sunshine per day (2060 hours per year), the sun can be quite harsh from September through to March so pay attention to the Auckland weather report on the TV and radio.

They’ll advise burn time and how often you should apply sun block, essential if you want to avoid painful sun-burn.

Auckland’s winters are mild and damp with an average temerature of 10°C to 15°C. The sub tropical Auckland climate makes the weather varied and unpredictable and rain fall at this time of year is especially heavy so it’s best to be prepared and carry a rain coat or umbrella.

The weather can change quite suddenly !

Most Auckland houses are insulated but don’t have central heating so it’s best to pick up some electric heaters and electric blankets. We were not prepared when we moved into our first house and spent a couple of cold nights before we managed to get some heating sorted out.

That said, the winter doesn’t last long here and we’ve never seen it drop to freezing.

Due to the high car ownership in Auckland, air polution can become visable as smog, especially on calm winter days, although this is normally dispelled quite quickly by the ocean winds and is rarely a problem.

Are’nt we lucky that we do not have, or rarely have the extremes of cold that other cities may have. If you like humid weather, Auckland can deliver.

Sunniest city in New Zealand?What about the cities of Nelson,Whakatane,Blenheim Napier and others?

That’s what the NIWA stats say anyway. AKL definitely warmest, Tauranga definitely sunniest (2250 hours). Then Wellington (2050), Hamilton (2010), Chch (2100) and AKL (2010) have very comparable sunshine hours. In any case saying AKL is the sunniest city is misleading – though different areas of Auckland definitely have quite different climates (e.g. Waitakere versus Waiheke).