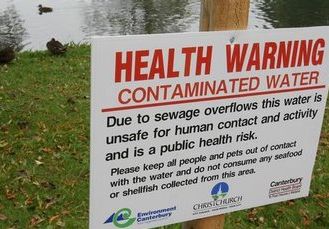 The Civil Defence is working to stem flooding near the Avon River mouth to the estuary in Christchurch today.

Contractors have added to existing sandbags in at-risk parts of the Avon River around Dallington to address the risk of further flooding.

The Pleasant Point Yacht Club on the Avon River Estuary was flooded late yesterday afternoon around high tide. Council crews were on site soon after to address the flooding.

The next high tide is due at 5.30pm tonight and Civil Defence is monitoring the situation.

Civil Defence director of infrastructure Michael Aitken says Civil Defence is doing all it can to ward off further floods after a weekend of high rainfall coinciding with strong tides.

If people have to work with silt or silty water, they should wear water-proof gloves, gumboots and a dust mask, shower or wash immediately afterwards, and wash their clothes separately.

New Brighton Road, Anzac Drive to Owles Terrace and Hardy Street, Avonside Drive near Porritt Park, Retreat Road and Morris Street, and Richardson, Clarendon and Aynsley Terrace were closed for around three hours last night, but all have since reopened.