Changing it up – Situation & outlook for Thursday 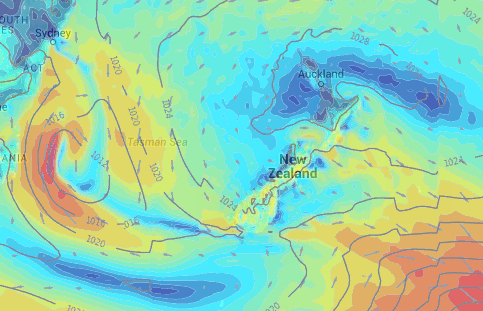 After a fairly calm and settled week overall, Thursday will see a change – as a ridge lies over the upper North Island, while a high sits just to the west of the country.

Meanwhile, the crunch is coming for the South and lower North Islands, with a strong northwesterly airflow developing in the morning.

Gales are likely through Cook Strait during the day, and Foveaux Strait at the other end of the island, while winds through the interior of the South Island will be gusty.
There is a risk of gales about river gorges, although otherwise it should be fairly manageable.
A front then moves onto the lower South Island later in the day, bringing some rain or showers to Southland.