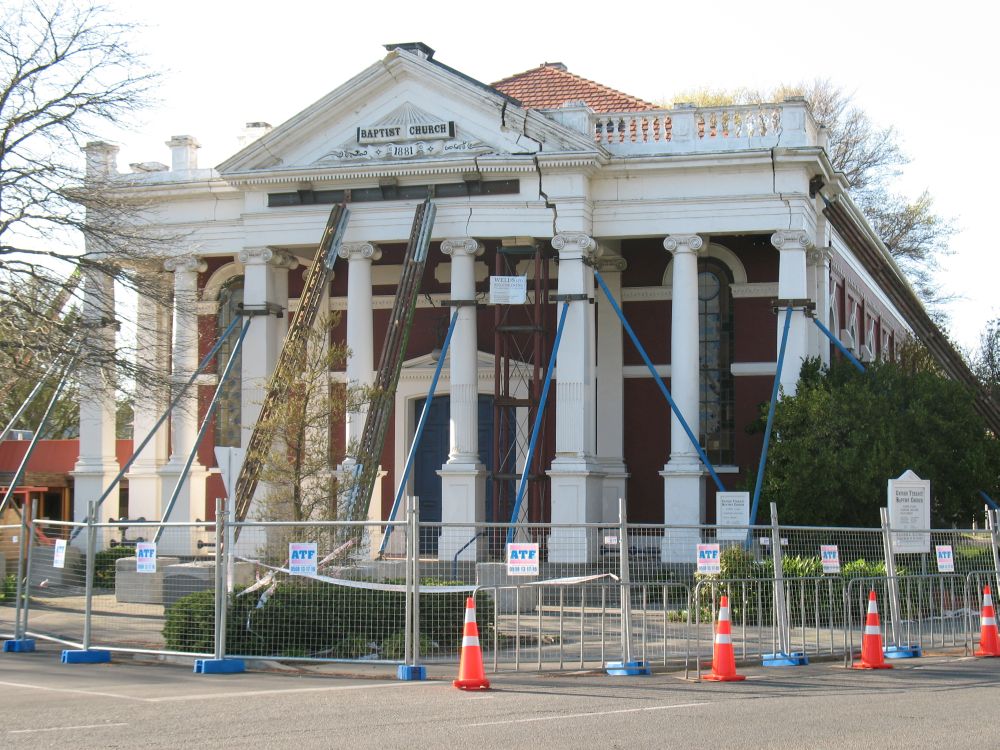 Aftershocks continue to rock across the Canterbury region over a month since the big 7.1 quake on September 4th – with a quake last night measuring 5.0.

Some tweeted saying it was the biggest they’ve felt in weeks and caused a feeling of fear again.

Callers inundated NewstalkZB last night. One man said the first quake lasted about 12 seconds and another told host Tim Dower: “We could hear this one coming. It sounded like a train coming before it hit the back of the house.”

The man said Christchurch had just got over the aftershocks. “It scares the hell out of you. There’s nowhere to go, nothing you can do. Tonight is going to knock people back to where we were.”

“Riccarton was rocking,” texted one listener. “This is terrible,” texted another.

One resident said his children had clambered under the bed. “Everyone just freaked right out. They are terrified.”

“Everyone in Christchurch is so over this,” said another man. “You can’t sleep. Everyone is on tenterhooks. I’m a tough character, I’ve been mining … but I’ve got three kids, and they’re not coping.”

This comes as people in the region spoken to by WeatherWatch.co.nz at the weekend said many quakes were now not noticeable.

Overnight quakes measuring 5.0 and 4.0 were detected with a quake at 6.29 this morning measuring 4.4 says GeoNet.

However over the past few weeks reports that have come in to us say many are so soft or short that people often aren’t sure if it was even a quake that they felt.

Many of the quakes are now falling below 3 on the Richter scale.

WeatherWatch.co.nz weather analyst Richard Green, who lives near the epicentre of the big 7.1 quake, says his family were woken to a jolt yesterday morning.  “We were woken one month and 33 minutes by an aftershock almost directly underneath our place at 5.14am.  Too early!”.

Mr Green says people can monitor the quakes in detail at this website: http://quake.crowe.co.nz/

WeatherWatch.co.nz is keen to hear from anyone in Canterbury about whether or not you’re still feeling daily aftershocks – and how you feel about them.

Me and my family live in Rolleston, 20km south west of the CBD of Chch, and since most of the ‘strong’ aftershocks are centred around this area, you experience them much differently to the people in Christchurch city. Even the big one a month ago here was violent sideways shaking, not bouncy rolling rollercoaster shaking as people of the city describe.

Here, you don’t usually hear the loud boom first, it just instantly rattles the whole house. And if you do hear a loud boom, you know it’s a small aftershock but it never gets reported on Geonet. They happen much more frequently than you expect and since they’re not reported, no one really knows that’s actually happening.

It’s always quite interesting talking to people in Chch city after they experience a large aftershock and how scared they are about it. I always tell them, try living out here in Rolleston, that quake was only centred less than 2km away from home, try experiencing that almost every day, not the once a week you guys in the city feel.

Everyone feels it differently and it shows you how much different it can be experienced depending on your location.

….since our place is constantly receiving vibrations from passing heavy traffic, it is difficult to know whether it’s a quake or not….I actually half woke up with that one, and it did not disturb/worry me…. and soon went back to sleep!

….by the way my seismometer is now washed and safely back in the kitchen cupboard along with it’s friends….anycase who needs a seismometer to gauge them? 8 – D

Oooh, and by the way can we blame Phil on this one – esp since he did such a good write up , marking one month since the event …murphy’s law?

I dont like earthquakes,she says remembering childhood in Napier.
LOL just as well Phil has broad shoulders.
Think you have got so used to them it is just part of life in general,which is a good thing as there is not a darn thing you can do about them. A bit like global warming.
Love your ability to see humour in your situation down there.

The last 3 aftershocks have really shaken us. Emotionally as well as physically. I hardly slept last night and am very jumpy this morning. Just when we thought things were easing and then boom these bigger aftershocks hit. Stress levels are sky high again. Some days we don’t feel any aftershocks and life almost feels normal again but then more aftershocks arrive. We just want it all to stop.