Brace for a chilly night 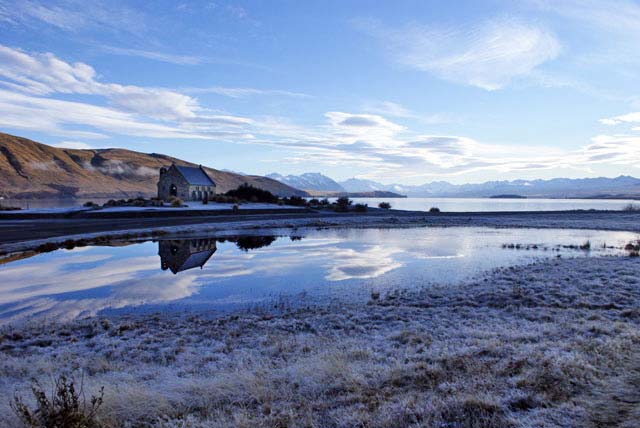 It’s looking like a cold and crunchy night for more than three quarters of the country as skies are clearing or have cleared already with the chance of a frost overnight.

Many areas of the country enjoyed sunny skies this afternoon but the odd shower did lurk about eastern parts of the North Island.

Temperatures were down a degree or two on the whole which isn’t surprising following the southerly outbreak.

“Snow on the southern alps looked fanatsic today” said weather analyst Richard Green.” In just over a month the first skifield should get underway but first things first – tonight is going to be a frosty one almost everywhere over the mainland and some areas of the North Island as well”.

WeatherWatch is picking the mercury to be close to sub zero in the south and almost single digits everywhere over the North Island.

Five to six degree frost readings are possible by tomorrow morning in sheltered regions but a quick thaw should get underway an hour or two after sunrise.

Tomorrow night could see a repeat performance however the far south and parts of the West Coast could see some high cloud moving in and northern New Zealand might see showers increase in an easterly airstream.

Lake Tekapo tonight is likely to see one of the heaviest frosts and the mildest day tomorrow should take place over parts of the Bay of Plenty and Northland.