Home > News > Blog: The state of our TV Weather presen...

Blog: The state of our TV Weather presentations 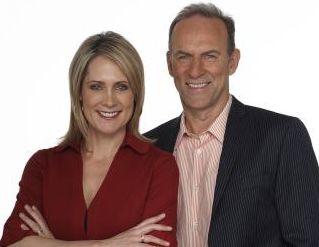 Many New Zealanders say they find TV weather presentations average or too confusing according to a poll this week by WeatherWatch.co.nz.

The small, non-scientific, poll asked people to rate our current TV weather presentations. 44% rated them as “average” with a further 22% saying they were “too flashy and confusing”. 34% rated them as “fantastic and detailed”.

Weather presentations in New Zealand are predictable and always seem to miss the mark, providing very little unique content and never breaking into programming when severe weather warrants it – such as a tornado or thunderstorm.

Both TVNZ and TV3 get their weather from MetService. You can watch either and you’ll get the same forecast. With the same content the TV channels then have to compete with graphics and presenters.

I’m in my 30s, I’m no stranger to technology and things moving at a fast pace – but when TV3 created their weather package they obviously asked for “everything”. All at once you need to focus on a rising and setting sun, moving clouds, a moving camera angle and a ticker scrolling along the bottom – and listen to the presenter.

One News persists with pointless live weather cams – showing you what the weather is like outside your own window and for half of the year each centre is pitch black. “Going to our weather cams now and it’s windy and overcast in Auckland, although you can’t see it…”

As far as presenters go Jim is still my favourite. He injects energy and humour and I suspect if the suit and ties above allowed him to do his own thing we’d see the Jim we all remember from the 90s.

“At least Jim Hickey brings a bit of life to it” says Aucklander AnneMarie Gibson who watches One News. “He injects a bit of humour and makes me want to watch”.

However WeatherWatch visitor “SW” says it’s the female presenters he prefers. “Too much performance from the presenters, honestly the women presenters, ie Karen Olsen, do a much better job and have better knowledge on the subject”.

Our TV weather presentations lack OOMPH. Source some weather information from other providers, spice it up a bit, have presenters that live and breathe the weather and get genuinely excited about it – not just reading a script.

Other results from the Poll:

Philip Duncan writes a weekly column in the Herald on Sunday

Prime tv weather is useless. Why did they get rid of the isobar maps? Dumb… His favorite phrase also seems to be “chance of a storm”

I didn’t know about your weather presentation on Country99 but saw it for the first time a couple of days ago. WELL DONE!! This is now my preferred weather forecast. Although technical, it is simple to understand without all the unnecessary busy flashy graphics like on TV1 / 3. It gave a superior view to what is happening. For once I here a forecaster that is not going on about the beautiful sunshine and cafes at the time farmers need rain!

I have to agree Jim Hickey is a fantastic weather presenter an i am so glad hes back in the hot seat after leaving one news for a time. Karen Olson also does a good job but i feel the rest are reading from scripts to much an lack the knowledge that Jim an Karen both have. So keep up the good work you two . As for weatherwatch phil you do a great job as always an really appreciate your time in replying to my emails about weather stuff . My brothers wedding next weekend so is the weather gonna be good in wellington? .

Completely agree with the comments about breaking into the program to inform people about severe thunderstorms.

This needs to be done, the whole point about the severe thunderstorm warnings is to inform as many ppl as possible in the path of the storm.

People would have been much more informed when the Waikato got hit by severe thunderstorms In late January this year.
One of those storms caused a house’s roof in Cambridge to completely fall in.

At the current moment the warnings are only good if they occur during the weather section on the news or if your online getting the warning emails.