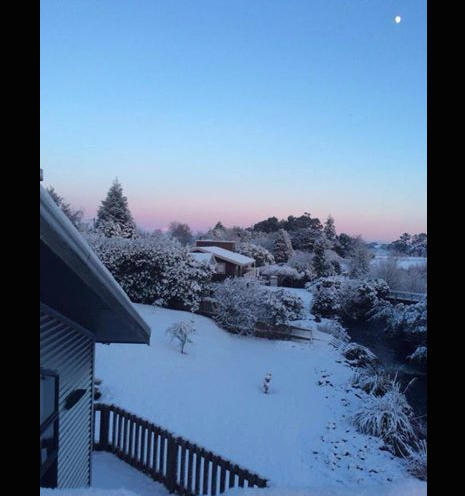 It might have been a slow start to the ski season but snow is falling thick and fast on the ski fields now, forecasters say.

With a full two-metre snow base now on both Whakapapa and Turoa ski fields, Mt Ruapehu’s snow trails were looking the best they had in years, operations and trails manager Steve Manunui said.

Blizzards through the week had built the mountain’s snow base from an average of 100cm last weekend to two metres as of yesterday afternoon.

The ski field’s general manager of operations Chris Thrupp said there had been 25-30cm of fresh snow overnight.

“Over the last 72 hours there has been an accelerated and significant snowfall on Mt Ruapehu.

“Both ski areas are wearing their new white winter coats with pride. We’ve hit the sweet spot in terms of snow levels and with the fantastic forecasted conditions this weekend, now is prime time for skiers and riders to come enjoy the fresh snow.”

The whole mountain would be opening this weekend.

“Even though we’ve got an early spring, it’s bringing snow storms with it.”

Some North Island ski fields should see some snow flurries Sunday morning, but they would clear, he said.

Meanwhile snow closed the Desert Road today from Taihape to Rangipo and also the main detour from Ohakune to Waiouru.

Snow showers over night and early Saturday morning had dusted the Rimutaka Hills, however the road remains open.