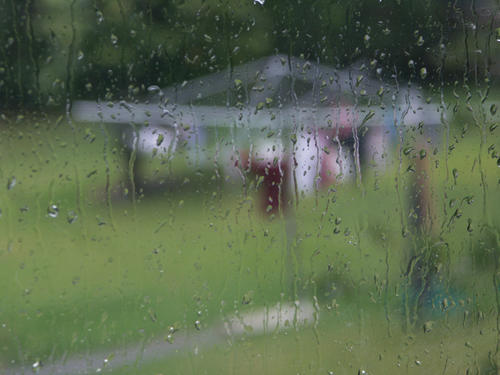 Rain and strong winds continue to affect a number of regions today caused by a large low churning out in the Tasman Sea.

Winds overnight gusted to almost 110km/h in Northland and across the Hauraki Gulf.

As of 12:30pm the heaviest rain remained over the Bay of Plenty and upper South Island, where rain warnings remain in place. Again eastern Bay of Plenty is in the firing line was as much as 180mm falling from this event.

Rain is expected become heavier across the Bay in the next hour or two. Thunderstorms predicted later may also cause isolated surface and flash flooding. WeatherWatch.co.nz advises stock should be well aware from flood prone areas.

But at about midnight tonight New Zealand’s first wintry snap of the year will move in to the South Island. Temperatures this hour are only 3 degrees in Queenstown with rain and snow in the area. WeatherWatch.co.nz says it’s possible snow may affect the airport over the next 24 hours.

The cold snap will be slow moving, taking a further 24 to 36 hours to reach Auckland.

WeatherWatch.co.nz says wind chills from Invercargil to Wellington will be around or even below zero tomorrow. Auckland’s high is just 13 or 14 on Tuesday and Wednesday this week.

one local thunderclap and bright lightening flash in Eketahuna over night, power out one minute; barometer now rising from 29.81 milibars

The odd fine patch of blue sky detaches itself from the grey outlines. Short lived.
Down comes the rain and heavy sometimes, Light winds. Its cooler. A few grumbles in the air as thunder seems to be running the outskirts. Road conditions are very slippery. Manawatu gorge has a few slips, motorists should take care, keep speeds down. Nothing major to report. the creeks/rivers are up however running freely.

I live in south wairarapa and i see you are saying snow quite low in chch and possibily in the city does this mean snow to 300-400m up here?

Very gloomy here with only the teensy-winsiest of a NE.but that should change when the southerly or SW blows through. Barometer dropping like a stone!

pressure dropping like a stone this morning..down to 994.3 at 1pm from over 1000 earler this morning..cool grey an light rain here…slight breeze..is there worse to come for canty?

Good question – we think there’s a good chance of snow on the hills and sleet in the city… but aren’t yet confidence of snow in the city.  Are watching it very closely though and will update our Queens Birthday forecast before 5pm.