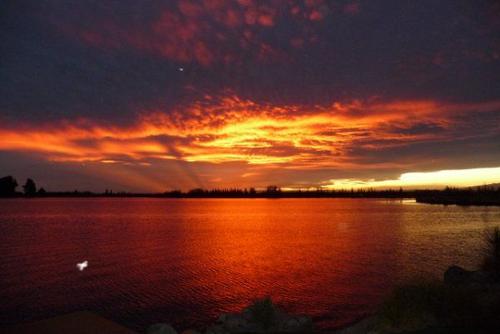 Normally by now the 30 degree mark has been hit thanks to a strong nor’westerly over eastern New Zealand.  So far this spring we haven’t quite been able to get there – so why is that?

Well WeatherWatch.co.nz forecasters believe it has something to do with the constant belt of highs (also known as anticyclones) which have been drifting past northern New Zealand for the past few weeks.

The high pressure systems have been able to spread higher air pressure down over some parts of New Zealand – but what has been missing so far this spring are the ferocious winds that start as hot nor’westers, then end as cool or cold sou’westers, then 24 to 48 hours later the warm nor’wester returns and the cycle continues.

The South Island has seen some of this weather activity lately – with Dunedin hitting 27 degrees last week then the airport only reaching 9 degrees on Saturday then back to 25 on Monday this week.  But the really strong winds – the ones that create wind warnings in Christchurch, Wellington, Napier and even as far north as Auckland, have really been missing so far this spring.

Not only have we not reached 30 degrees yet, but we’ve also failed to reach the late 20s.  Dunedin’s 27 last week was the highest temperature in New Zealand for over half a year with Gisborne yesterday hitting 28 degrees – the first time a main centre has reached 28 since Christchurch hit that on March 26th.

With the highs north of New Zealand acting like a lid, they’re stopping the nor’westers from fully springing northwards and really pushing up the temperatures in the east.  And with that higher air pressure in the north – which means winds are less likely and therefore less likely to rocket up in the east where it’s hotter – it means only the lower part of New Zealand is really exposed to the highest risk of hitting 30 degrees – namely Otago.

It will likely be any week now when we finally officially hit 30 degrees – but for now it’s still a waiting game and the long range forecast for the next week or so shows more highs north of New Zealand and more changeable weather over central and southern New Zealand.

Temperatures here in Christchurch seem to be at least a month behind this year, except for the last 5 days. They are more reflective of early october then november. The weather pattern has also been very strange with NW airflows only lasting hours rather than days with short sharp SW changes and constant NE winds between. Even this show day will have fresh NE winds which is very weird. If that is a reflection of the coming summer, which some think it is, a well below average summer is likely.