Home > News > Big, but speedy low expected for next we...

Big, but speedy low expected for next week 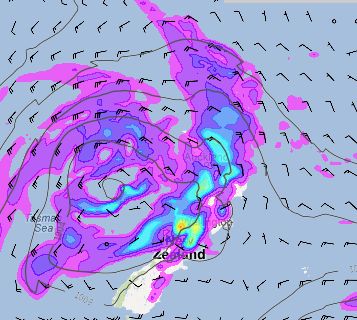 It’s also not going to be as strong as this last one was when it first got started.

It will be big though.  As it crosses the Tasman and arrives on New Zealand’s shores Tuesday morning, it will be controlling the weather across the country.

The rain associated with this low will likely be confined to the North Island and upper South Island on Tuesday.  A few light showers could spread across the NI during the day.  Most of the rain is expected to arrive after sunset.

During this low’s visit, it looks like the lower half of the South Island should remain dry.

By Thursday morning, the centre of the low should move off our eastern shores and head out to sea.  Some bands of light showers may linger in its wake.  But most areas will see the weather start to clear.