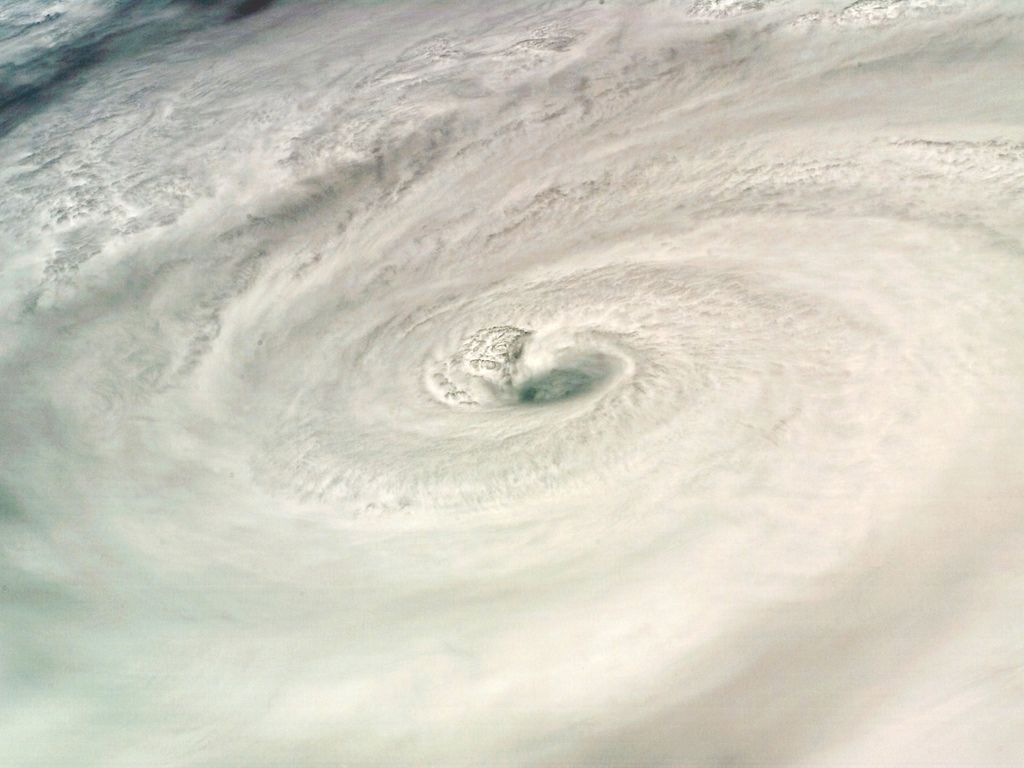 This week the news has been dominated by severe tropical cyclones Tomas and now Ului.

See the radar image of Tomas’ eye as it passed over Fiji, its quite stunning how perfectly circular it is.

Often it’s the most powerful and dangerous things in life that can be the most stunning…the sun, a volcano erupting, a tornado, huge waves. But it’s only been since the 1960s that humans have been able to see the beauty of a hurricane or tropical cyclone. Since satellites have been orbiting earth humans have been fascinated by their beauty and their power. Their magnificent swirls and unique “eye”.

It’s a strange thing being fascinated by a tropical storm. You see them out at sea, miles from land, and they just simply look incredible. Infrared maps bring them to life even more…as do the newer satellite images and 3D images taken by NASA that show so much depth rather than just a flat cloud with a hole in the middle. They show clouds taller than mountains swirling at over 300km/h past an eye of clear sky and light winds. This mega storm may only be moving at walking speed overall though. This is what has happened to severe tropical cyclone Ului. A severe category 4 storm yet for two days has only been tracking south at around 4 or 5km/h…slower than a human’s walking speed.

But the beauty of these storms can disappear so very quickly once you realise they are near people. Suddenly, what looks like a piece of art drifting over the blue waters of the Pacific Ocean looks more like an angry giant. The eye of the storm larger than the islands it’s about to destroy. Like some sort of prehistoric monster on the hunt.

That’s when the guilt kicks in. The guilt of enjoying something from the safety of my office far, far, away…while there, a living hell is unfolding.

Winds so loud you can’t hear people yelling right next to you.

Winds so strong you simply can’t breathe. Rain so heavy gutters overflow and rivers turn brown with anger. Brick walls blown over. Trees snapped in half. Waves the size of 747s crashing down. Tidal surges bigger than many tsunamis. Worst of all, there is literally no “safe place”.

That’s a biggie. Can you imagine not having a safe place? An office building might look strong…but what about being in it with no power, no water and all the windows blown out. Glass and debris screaming past your face at over 300km/h.

Imagine how strong the wind is on your hand when you place it outside your car window at 100….this is a VERY strong wind. Imagine it three times faster. Imagine you’re on an island…surrounded by the angry sea that looks like it will come up and suck you away. There is absolutely no where to run. Some islands have volcanic caves… they are the safest place to be. Can you imagine that though? As a New Zealander? Hiding in a pitch black cave with your family and friends and strangers…hurricane force winds howling at the entrance…wondering if the hill will give way. Wondering if any of your home or pets will survive?

When out at sea they are spectacular…when they head towards land, they are killers…and suddenly you realise just how small we all are…and how we must all respect the power of nature.

For all the latest cyclone news see our new Tropics page

Finally – on the topic of cyclones. A rare tropical cyclone existed this past weekend…the second one ever recorded in history in fact. It was a tropical cyclone recorded in the South Atlantic. The waters are normally too cold here for cyclone development. See the full article here.