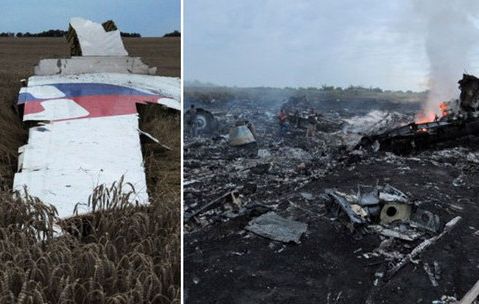 There are reports that some of the passengers on board Malaysia Airlines Flight 17 – shot down over Ukraine today – were heading to New Zealand.

Dutch state broadcaster NOS reported that one of the country’s travel agencies had 25 people booked aboard the flight, some headed to Kuala Lumpur and others planning to continue to Australia and New Zealand, American cable channel CBNC reported.

The jet carrying 295 people from Amsterdam to Kuala Lumpur crashed in rebel-held east Ukraine, as Kiev said the jet was shot down in a “terrorist” attack.

Ukraine’s government and pro-Russian insurgents traded blame for the disaster, with comments attributed to a rebel commander suggesting his men may have downed Malaysia Airlines flight MH17 by mistake, believing it was a Ukrainian army transport plane.

There was no sign of survivors at the crash site near the rebel-held town of Shaktarsk in the Donetsk region, where an AFP reporter saw dozens of severely mutilated corpses strewn through the smouldering wreck of the decimated airliner.

A MFAT spokeswoman said the Ministry was following up to ascertain whether any New Zealanders were on board the flight.

The New Zealand High Commission in Kuala Lumpur had been in contact with Malaysian Airlines, however the airline had advised that the passenger manifest was not yet available, the spokeswoman said.

“A consular representative from the New Zealand Embassy in The Hague is en route to Schiphol Airport where we understand a Crisis Coordination has been activated by the Dutch authorities.”

A spokesman from The Foreign and Commonwealth Office said it was working to identify any British victims of the tragedy. “We are aware of the reports and are urgently working to establish what has happened,” he said.

At least four French nationals were on board a Malaysia Airlines flight that crashed in eastern Ukraine on Thursday, Foreign Minister Laurent Fabius said.