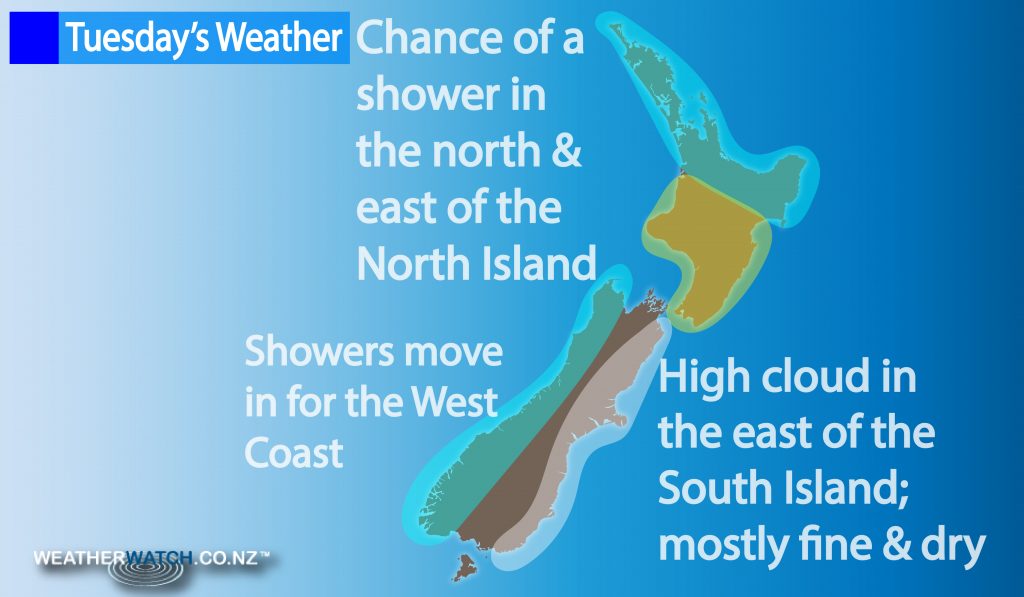 On Tuesday we have a northeasterly airflow over New Zealand, meaning the North Island is looking fairly cloudy in the north and northeast, with the odd light shower about the Bay Of Plenty, Auckland and Northland.

Northland may see more showers than persistent rain or heavy falls.
The Southern half of the North Island, in contrast, is looking much drier and sunnier, along with winds from the north or northeast.

The South Island is mostly sunny in the east, but can expect some high cloud too.
The West Coast is quite cloudy, with the odd shower possible, and Fiordland is likely to have showers through the day as well. 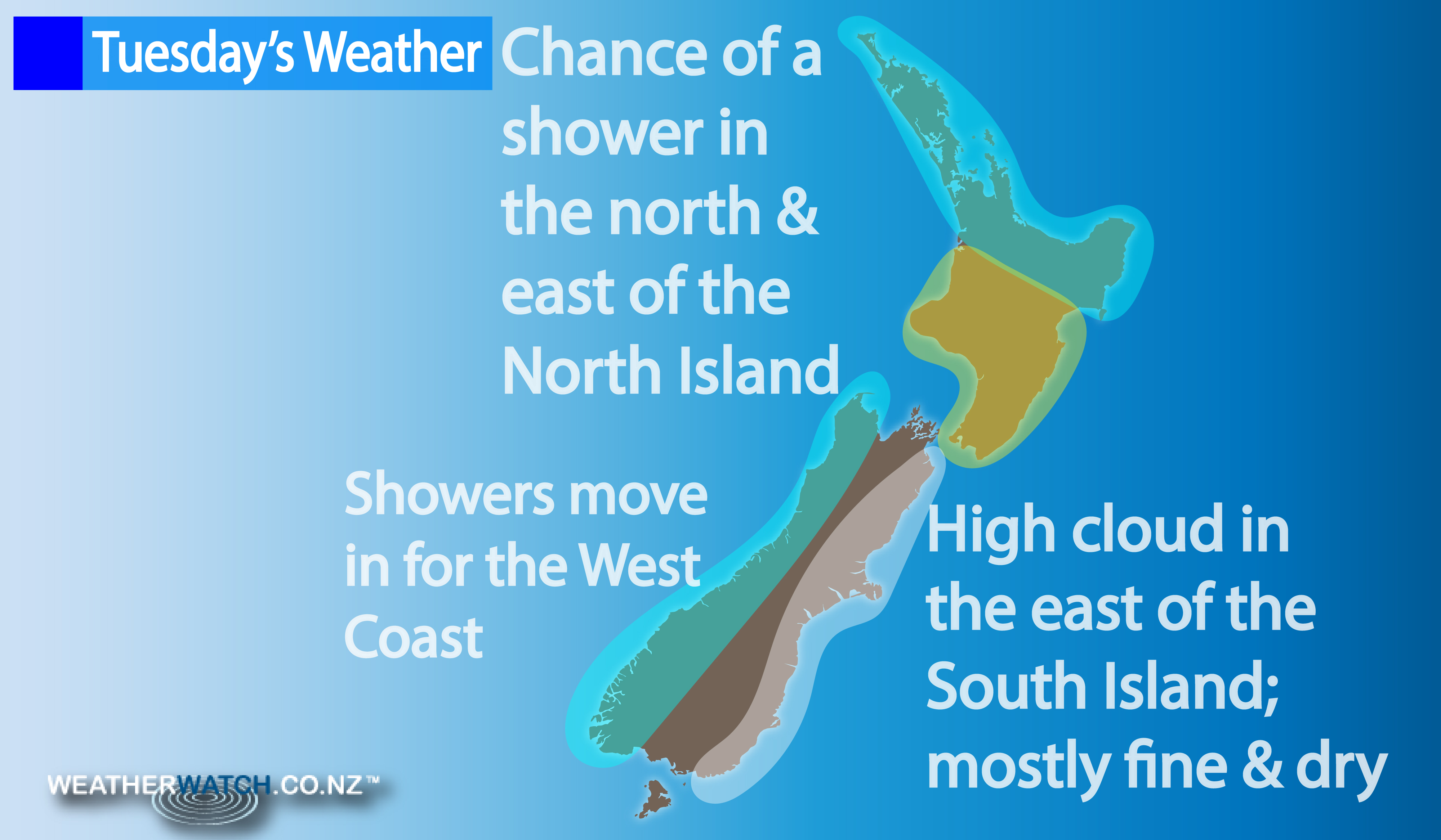