Australia: Young woman dies after being struck by lightning in Melbourne 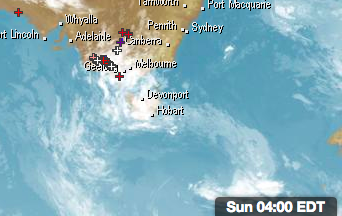 A woman in her 20s has died after she was struck by lightning during a storm in Melbourne’s north-east on Friday night that produced 15,000 lightning flashes.

Emergency services said a woman and a man were both struck by lightning outside an address at Sunset Drive at Chirnside Park just after 8:30pm.

The area is understood to be a popular place for locals to enjoy scenic views.

The woman was taken to hospital where she died overnight.

The man, also aged in his 20s, sustained injuries but they are not believed to be life threatening.

The weather bureau issued a severe thunderstorm warning for Melbourne’s north-east and eastern suburbs during the evening just after 6:00pm, which lasted until 9:15pm.

Neighbouring suburb Coldstream was hit harder by rain than anywhere else in the city, with 30mm recorded.

The bureau’s Dr Andrew Tupper said there were 15,000 lightning flashes in the area last night, in what was the state’s most severe storm for the month.

He said more wild weather was expected in parts of Victoria over the weekend.

“Last night, we had a tragic incident, and we’re obviously feeling for everyone involved today,” he said.

“We do have more thunderstorms forecast for today and tomorrow, so we wanted to highlight that the risk of thunderstorms is still around.”

Police said they would prepare a report for the coroner.