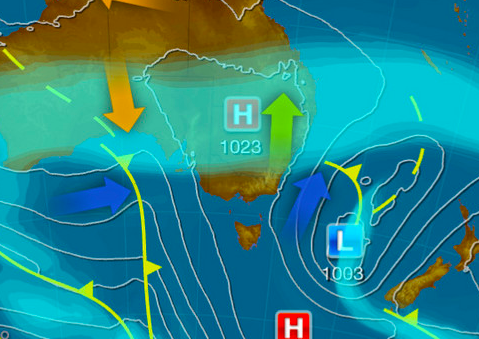 Melbourne has had a chance to thaw out after experiencing its coldest three day spell in as many years during the middle of this past week.

Daytime temperatures have been suppressed across Victoria during the last week as a pool of cold air produced widespread cloud and showers across the state.

It wasn’t just the capital city feeling the chill in Victoria this week. Ballarat only reached a top of 4.2 degrees on Wednesday, making it their coldest day since 1981 and their coldest July day on record.

Clearer skies across Victoria on Friday allowed the mercury to climb a couple of degrees higher than the last few days, reaching 14 degrees in Melbourne and a balmy 11 in Ballarat.

Despite these warmer daytime temperatures, Thursday night’s clearer skies lead to a freezing start in some parts of the state Friday morning. Edenhope’s low of -2.1 degrees at 6:29am Friday made this its coldest morning in a decade.